Today is one of those days on the road to reflect on what you’ve done, where you’ve been and what is ahead of you. These days are the worst and the best, but mainly the worst.

Since the 29th of December 2013 – minus 10 days in my Passport Nation (PN) – I have been traveling 2,5 continents by anticipated happenstance, sporadic opportunity and a shameful slice of manipulation. That is already nine months of growth, but it would be silly not to acknowledge the decline as well. Many things and people have suffered by me putting my thumb up somewhere on the globe and blogging about it; that is not a side effect. Apologies.

Tonight I am writing this in the middle of Mordor (a fine place, a.k.a. Meghri) on the Armenian side of the border to Iran, in a surprisingly un-mediocre motel. I can feel nothing but gratitude while acknowledging my privilege and suppressing my oppression. And no, I don’t mean privilege as in things unearned. It took some badass effort, courage and determination to get to Mordor in October.

I put together the statistics of all this in my head. I was in New Orleans and went by bus to Mexico City, then the Great Hitch began without me knowing, bringing me to Panama City over months of time. An estimated number of 300 rides and some 5000 kilometers were thumbed. I got back to my PN in June/July for 10 days to regroup, repack and rebound. The Speed Hitch brought me 1200 kilometres from my PN to Slovenia in 24 hours. Five days after departure I was chilling in the country of Georgia. Three months bouncing around the Caucasus Countries at the Chaotic Hitch and I’m ready to go to the Islamic Republic of Iran – a personal and highly specific dream. Add some 150 rides to that.

Proud Fact: I can count the times I have paid for long haul transportation on one hand.
Mildly Proud Fact: I have been to 20 (tomorrow 21) countries this year, of which 11 new, plus some new disputed territories/war zones.
UnProud Fact: I have humble bragged and in-your-face bragged about this – mostly when provoked – and will probably continue to do so – again, when provoked, especially when the provocateur is male, straight, white, young, naive and a general asshole. This entire piece is a humble brag in itself, actually…

Meta Fact: summarizing all this into numbers and facts does not do any justice to the stories these numbers tell. I wish to write more Actual Shit than this General Shit and not feel pretentious about it (but it is). I’m afraid of my memory approaching its maximum capacity before I finally start writing the stories down. I experience anxiety standing still in one place to actually do the writing that needs to be done. I fear to forget that fabulous detail that would make the story complete. I detest the idea of reading my own writing. Though most of all, I wonder how other (aspiring) travel bloggers deal with these issues themselves.

Just focus on the fucking gratitude that I’m still alive after all the glorious and ugly moments of nine months on the road alone.

Rant over, time to cross the border to Iran in a couple of hours!

P.S. Title refers to Copán Ruinas, Honduras and Kapan, Armenia, two places I have been to this year.

My Evolution of Packing 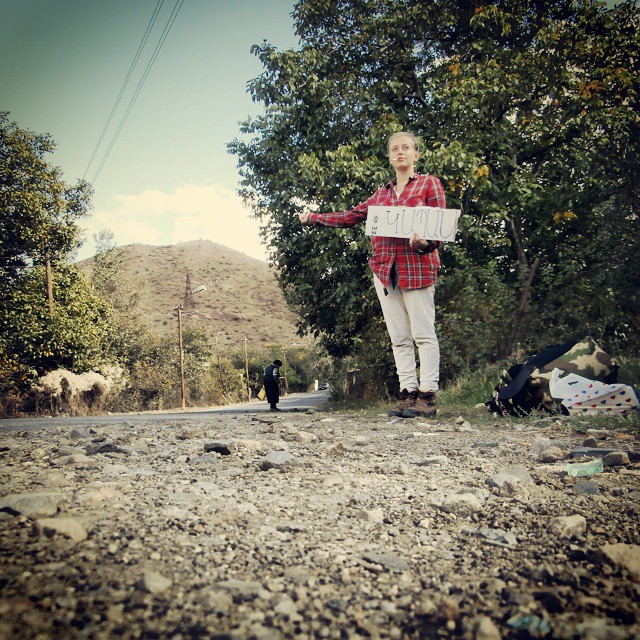