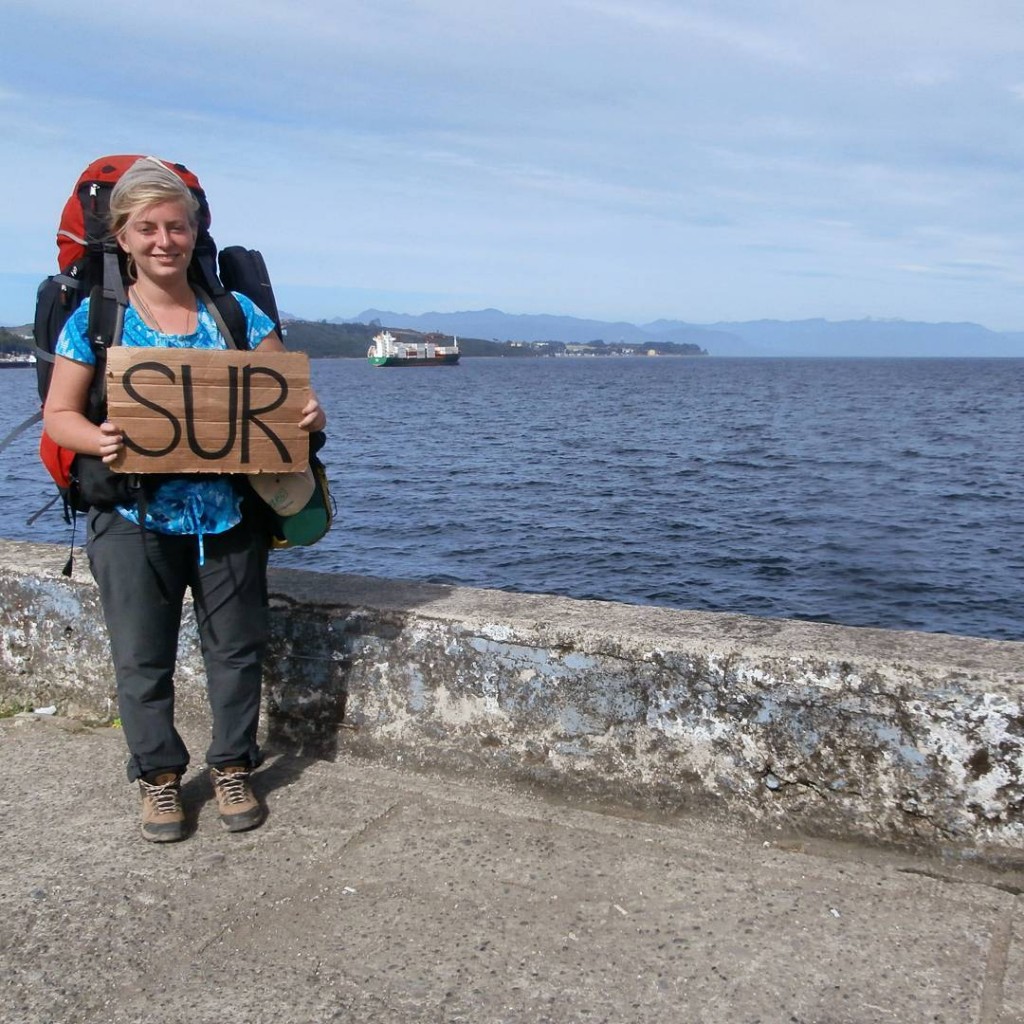 It is the only hitchhiking sign I’ve really needed to travel down Chile. A month ago I was already getting (truck) rides offered to Puerto Montt, but until now I always had to respond with that I wasn’t going that far south, yet. Until now. I’ve actually arrived in Puerto Montt and it wasn’t as daunting of a journey at all. Three thousand kilometers just in this country, just so far.

The hitchhiking sign saying “SUR” hasn’t survived it all the way over three months of travel. It’s probably the third version of a sign pointing south already. It keeps being useful as I’m not as far south as I want to go. That will be 2000 more kilometers going through Argentina to go to Punta Arenas (also Chile).

My last ride into this city was with a taciturn guy named Hernando, who would occasionally talk about the region and the forest fires, but not much about himself. With cruise control set at exactly 119 kilometers per hour, we drove at this stable pace past carabineros  (Chilean police), villages and volcanoes. I smoked one cigarette with a coffee-cup-turned-ashtray and he smoked two.

He asked me where I needed to go in Puerto Montt and I just said that somewhere central would be convenient. Right in the city centre it was. This photo was taken at the boulevard next to the bay the city is built around. Cruise ships like the one I came to this continent moor in this bay. The one I saw was called Norwegian Sun – perhaps the Hurtigruten (Norwegian cruise along the fjords) of the south! I hope this hitchhikin sign survives the rest of the trip south, but I bet it doesn’t as the humidity goes up and precipitation too. It’s probably going to be long pants weather from now on, perhaps with a sweater too. It’s a little ironic that I left Europe partly to escape winter and then find myself hitchhiking towards it here. I guess I’ll never learn!