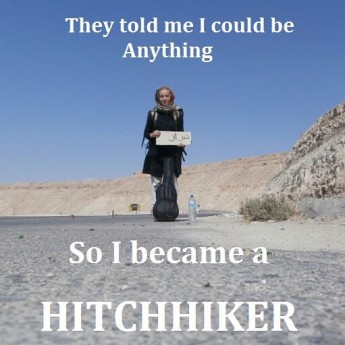 I think it’s time to hop on the bandwagon of inspirational quotes on pictures. My first attempt is the “they told me I could be anything” meme-format. It’s to expand the blog and do silly shit to go viral on the internet. I’m not sure if it’s working. I took this photo when I was hitchhiking in Iran from Lar to the great city of Shiraz. The Farsi hitchhiking sign says ‘Shiraz’. No thumb. Because anyone who’s read Iran’s HitchWiki knows that a thumb means something similar to a middle finger in the west. Now let’s post this picture toContinue reading

Let’s talk about Turkey’s underrated gem: Eskişehir. Someone who followed my adventures invited me to his city Eskişehir—a city I’d never have thought of visiting between Ankara and İstanbul. He said it’s a laidback university town with lots of young students and a cool vibe. Sounds good! So on December 8th, I hitchhiked there to say hi to him and his friends. His name is Ali and he’s very outdoorsy and likes to travel by bicycle. I must say that the Turkish traveler community CouchRail on Facebook really works better than any official CouchSurfing stuff. His family was incredibly kind and we exchangedContinue reading 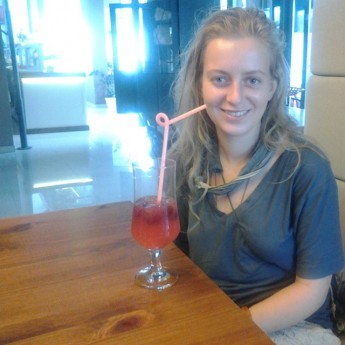 After a rough night on the rolling sea, pretending to like immigration officers and a heavy rain shower to say welcome, I have arrived in Cyprus. Northern Cyprus. Vake yeah! Getting to the port town of Taşucu to make it to the night ferry was a hellish experience. But I made it. That’s what matters. Now I’m in the port town on the other side. The Turkish people call it Girne and the Greeks call it Kyrenia. Likewise, the island of Cyprus is known in Turkey as Kıbrıs, it’s capital Nicosia as Lefkoşa. You know. So let’s talk about the big elephant inContinue reading 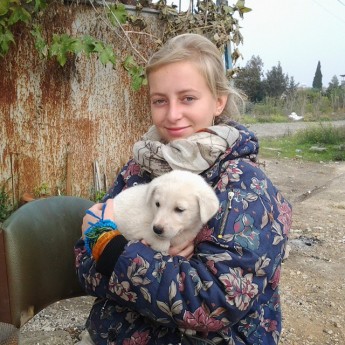 I brought last night’s puppy to a Turkish animal shelter in Hatay today. My contact at the construction site took this photo for me this morning before he drove me – under slight protest – across Hatay to an animal shelter (Turkish: hayvan barınağı). That’s why I look so happy. After that, I started the journey with this pup wrapped in my arms in the car and into the shelter. To be honest, I don’t feel good about dropping the puppy off at the Turkish animal shelter. It’s the cruelest thing I’ve done in my life. Upon arrival, there were a lotContinue reading 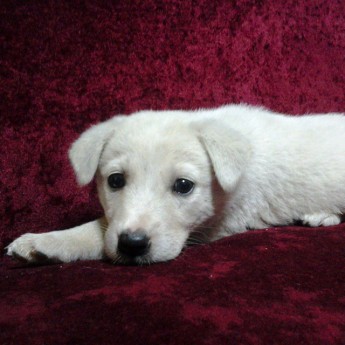 Here in Hatay, my host asked me to move to the office of a friend’s construction site to go (sort of?) couchsurfing. The old place I was staying at wasn’t suitable, or something like that. I was there all alone sleeping in the darkness of night on said couch when I heard the cries of a puppy outside. I waited for half an hour until I couldn’t take it anymore. Like a night watch, I ventured out and into the cold to approach the call for help. I searched and searched by torchlight for the source of the squeaks untilContinue reading 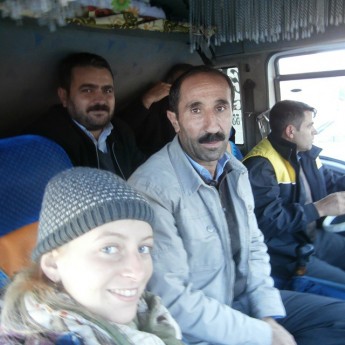 I took this hitchselfie with my four Kurdish truck drivers while hitchhiking in southeastern Turkey. I don’t remember exactly where this was. But from the date I posted it, I’m assuming it was somewhere between Şanlıurfa and Gaziantep. Somehow in my mind, this happened between Batman and Diyarbakır or Van and Batman. I don’t remember exactly and I can’t find the original photo! Anyway, this is a short story about trusting one’s gut feeling when hitchhiking. Anyway, this truck stopped to pick me up in the morning. I said hello in Turkish and asked where they were headed. They wereContinue reading 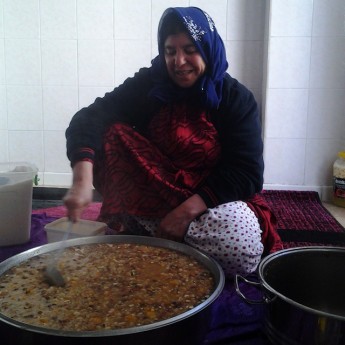 A Kurdish family in the city of Şanlıurfa kindly hosted me. The mother prepared this dish called ashure, which I’m not sure if it’s to celebrate or to mourn. I think it’s celebratory food because it’s a wholesome hot porridge that feels fuzzy on these cold days. It’s with fruits and nuts and grains and sugar, which sounds like peak comfort food. Mourning because I was just in Iran on the 2nd and 3rd of November, which is when Shia Muslims mourn the martyrdom of Husayn. It has a very similar name: day of Ashura. I was in Orumiyeh back thenContinue reading 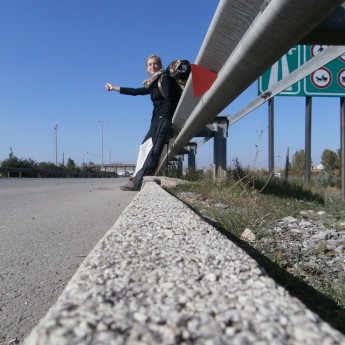 I hitchhiked from Gaziantep – also known as Antep – to Hatay in Turkey. But Hatay is also known as Antakya and Antioch. Which version should I even write down on my cardboard hitchhiking sign? Speaking of signs, somewhere at the on-ramp of the highway, I took this hitchselfie next to a road sign. I really like the composition in this photo. The sign says that this is a highway and that one shouldn’t walk, cycle, ride a horse cart, or a tractor from this sign onward. I’m super neat, so I’m not walking beyond the sign. When a car eventuallyContinue reading 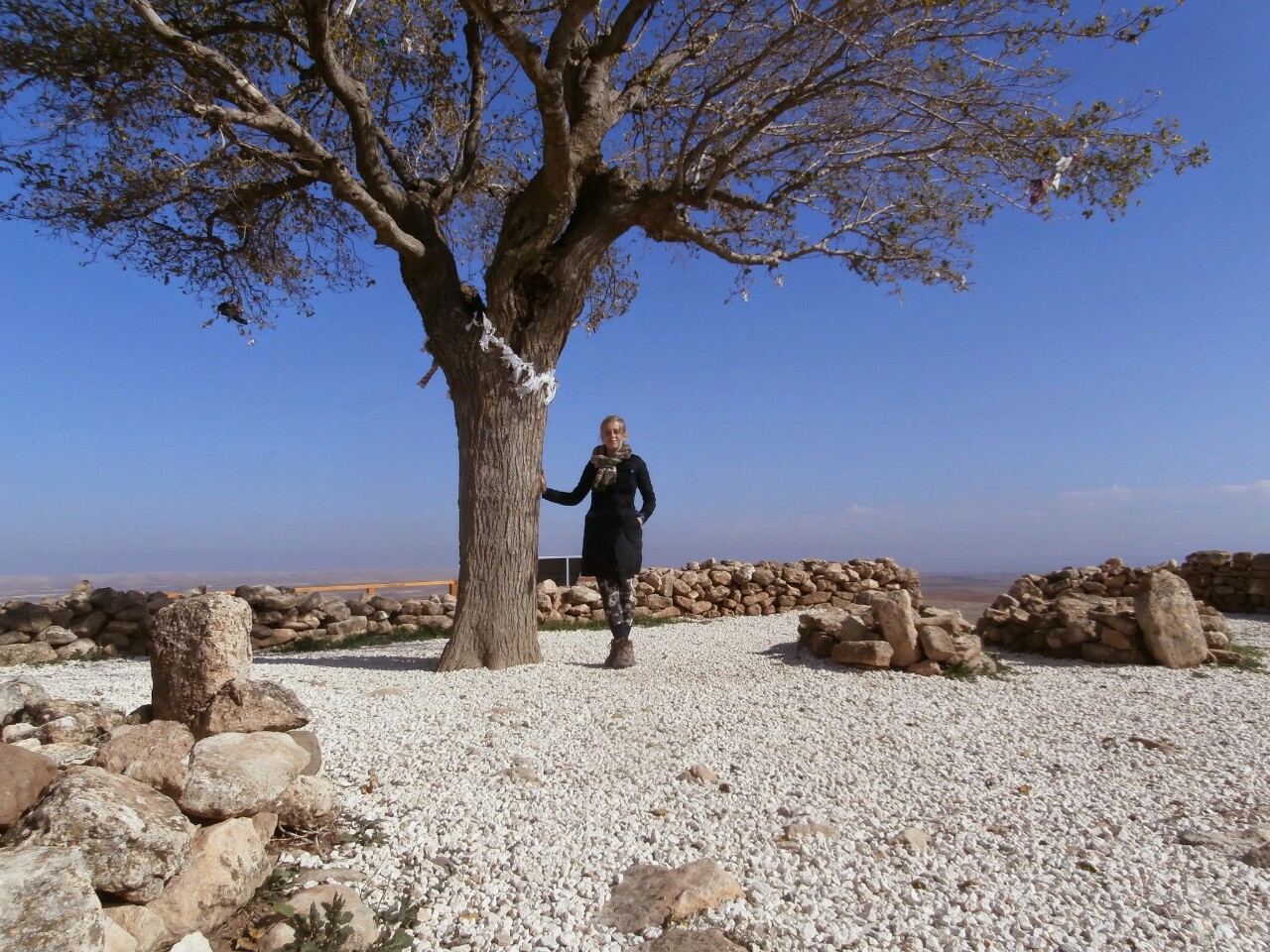 I’m not the superstitious kind, but I do love a wish tree every now and then. When walking around at the archaeological site of Göbekli Tepe (close to Şanlıurfa in Turkey) I found one and did what anyone in need of a portion of good luck would do: get a piece of fabric, tie it somewhere on the tree and make a wish. My driver took this nice photo for me. My wishes are quite predictable. The other time I made a wish at a wish tree in Tbilisi, Georgia, it actually came true for both me and my friend.Continue reading