Here you can find snippets of some of the interviews I’ve done. The main topics are hitchhiking, solo travel, offbeat travel, remote work, and lately also couple travel and kayaking. If you want to do an interview, please read my interview guide before contacting me.

Linda who interviews travelers for a Chinese-language WeChat blog contacted me to ask me about hitchhiking, kayaking, and general travel topics. You can read it here if you understand Chinese or use Google Translate to translate the page to get a nice translation and some insights into a few cultural differences. Reading the observations she made for her audience was quite enlightening for me as well.

Anette from the Norwegian-language website KK.no sent me some questions about my hitchhiking journeys. You can read it here if you understand Bokmål or use Google Translate translate the page to get a rough idea of what it says.

Abrar interviews travelers for the Gaffl blog. He asked me about my trips from solo to couple travel, hitchhiking, kayaking, and digital nomading, from 2012 till 2020. Read the full interview on their website!

“And if you eventually want to transition from solo travel to couple travel, pick a partner whose values align with yours. If they don’t want to work remotely they’re not a fit. There are people out there with the same desires as you. Entering a relationship with someone you want to bend to your will is just going to end up in hurt and disappointment. It’s better to remain single and happy than together and miserable. Staying single and solo traveling is valid. There are no prizes to living an unhappy life just because it’s the norm.”

Nestor from ABC Kimberly contacted me to talk about travels and blog on the radio in Broome, Western Australia. It 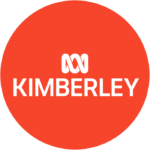 was for their breakfast radio show. I was in Argentina some 11 hours away, so I could actually make the time. So on the 1st of August 2016, I was ready to talk hitchhiking on Aussie radio, but the connection was plagued by problems. In addition, there is no way to listen back to the short (5-minute) interview. Even I think it might not have happened at all!

Saddia Kiran from CatchAWish.de interviewed me about Hitchhiking as a Micro-Adventure. Her website’s gone, so I republished the hitchhiking interview here

“Most hitchhikers do it as a micro adventure! By far, hitchhikers are just getting from A to B on a regular day. From a school kid that missed the bus to the retiree who hitchhikes home from his cabin in a German forest. […] Hitchhiking and picking up hitchhikers is not limited to a certain age group or gender. At last year’s Hitch Gathering in France (yes, we have our own conferences) I met a guy who takes his baby hitchhiking on weekend trips. You don’t have to hitchhike like I do to learn what it’s all about.”

“An Iranian couple picked her up on her way to Zanjan. “They were very nice. The woman spoke very good English. She explained some of the rules in Iran to me, especially about roads. She told me that hitchhiking is not common and that it would be better to get a ride in a car that has a woman in it.” […] The Iranian couple dropped her at the female dormitory at the University of Zanjan. “They let me sleep there for a night,” Veldwijk says. “It was so fun — all the girls from the other rooms gathered around me. They were curious about what I was doing there. One of them spoke English and translated for all of them.”

This interview was the basis for several other websites about Iran to copy from this interview and use my photos, including RealIran.org and Albawaba.org. My profile picture of me holding my passport with the visa to Iran in front of the embassy in Yerevan, Armenia has been used by many websites since to promote tourism to Iran and other related topics, like on TourGuideForIran.com. These people all nicely linked back to my site for using my face, but if you find my face on other websites without a mention of my blog, please contact me through my contact form so I can do something about it!

Read more here about the book I’m writing on my experiences hitchhiking solo in Iran.

“Why she’s a top adventurer: Iris Veldwijk, the queen of hitchhiking, recently thumbed her way across South America, triumphantly arriving in Ushaia. She’s traveled through 63 countries, mostly by hitchhiking, and couchsurfing, camping, and busking as she goes. Some of her favorite countries she’s hitchhiked in are Mexico, Ukraine, and Iran. She speaks five languages, and is working on five more – Russian, Turkish, and Arabic. Through her inspirational blog, Mind of a Hitchhiker, she’s motivating women all around the world to take on their own hitchhiking adventures!“

“Iris is quite a daring traveler. Her feed is all about her hitchhiking and freecamping adventures on multiple continents without flights! This one is for the ladies who need a little inspiration to get up and go.” 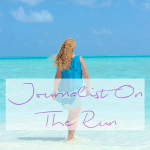 “A solo female traveller that hitchhikes all over the world and has made it to over 60 countries doing it HER WAY. Next up on my list of inspiring ladies is the incredibly inspiring @irisveldwijk otherwise known as Mind of A Hitchhiker! This lady has travelled solo through IRAN, has hitched a lift on a cruise ship across the Atlantic and is currently making her way down through South America! Her stories will seriously fill you with wanderlust and she would be one of my ideal dinner guests!!”

“This girl is all about ‘no-budget’ travel! You can find her sleeping in petrol stations, pitching her tent in the most random of places, dumpster diving and most of all hitch hiking through it all! ‘Discomfort is my comfort’ says Iris. She’s been to 63 countries including Mexico, Ukraine and Iran. For all of us who fear hitch hiking as women, this lady is proving the world wrong!”

The 2015 Top 30 Adventurers in the World Under 30 by Danny Flood on OpenWorldMag.com

“Why she’s a top adventurer: Whoever says that hitchhiking is too dangerous for women hasn’t met Iris Veldwijk. After recently thumbing her way through Central America, the Caucasus, Turkey and Iran, Iris has traveled to 55 countries so far and shows no signs of slowing down any time soon. […] Perhaps most compelling, she chronicles her adventures as they happen – whether thumbing her way somewhere on the road in the middle east or sleeping in an airport – on her website www.mindofahitchhiker.com“

Sofie Kerklaan started filming for a documentary she planned for her studies in early 2015. She contacted me during that time to follow me while hitchhiking. She interviewed me in Dutch in her room in Amsterdam and a few weeks later we hitchhiked together to Belgrade, Serbia over the course of 2,5 days while she filmed the waiting moments and the encounters we had inside the vehicles. It was a lot of fun and occasionally stressful; we had limited time to hitch to Belgrade before her return flight. Unfortunately, it looks like she cancelled the project and the footage will never see the light of day. She also wrote an article for a Dutch weekly magazine with the title “Waar is de lifter?” (Where is the hitchhiker?) based on the interviews with me that also never got published. It would have been a great way to be known better in my Passport Nation, the Netherlands, but so far I’m still an obscure blogger over there.
Follow on Instagram
Follow @IrisVeldwijk