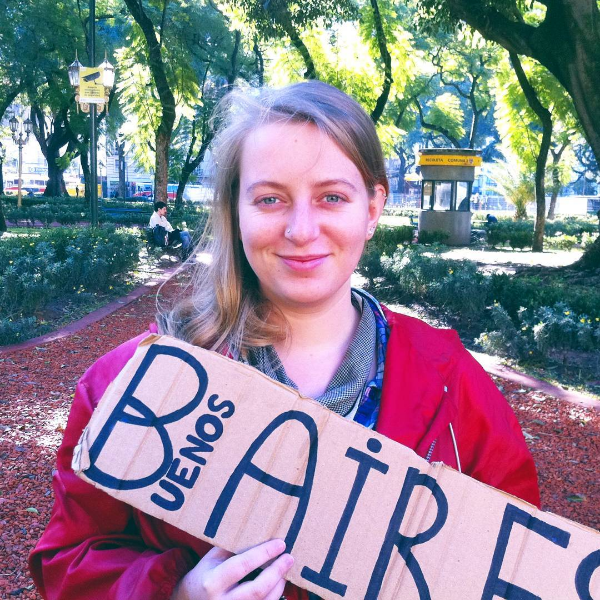 The past weeks I’ve been very silent on the blog and social media. BUT I HAVE RESURFACED! The last major update from Ushuaia, Argentina, was about quitting smoking. I know you might think I started smoking again, but that’s not the case at all. That’s actually going mighty fine! No… my mind has been stuck on drawing parallels to my trip five years ago and the one today.

Five years ago to the date, I was rounding up my first year at university. I was planning a five-week Spanish learning trip to Buenos Aires.  Argentina’s capital was then the city of my dreams. I was hugely into dancing (tango, you know…) and wanted to learn Spanish for a while already. It was my first major trip by myself at 19 years of age. My flight was booked, my stay at a guest family was arranged and I’d done my research on how to get to the Spanish school. I had a HUGE suitcase and a shitload of motivation to learn a new skill while being on holidays from mediocre university life. I kissed my underwhelming partner of that time goodbye and had an awkward encounter with customs before boarding the 14-hour flight.

Five years ago I was a very different individual. One who didn’t particularly like to travel, but one with a fascination for Argentina and Buenos Aires in particular. It might be hard to draw an image of that if you only know me as “that (lady) hitchhiker” on the internet.

This person from the year 2011 had a closet full of (highly impractical) shoes and the wish to work at McKinsey as some big deal auditor jet setting the globe to find fraud in other people’s businesses. I wanted to be an accountant that very summer… who the fuck wants to become an accountant? Nonetheless, I really thought I had found something in my studies that would both earn good money and require me to wear fancy suits and boss people around, or something like that. That was my dream. I was going to Buenos Aires to learn Spanish and somehow that city would later become one of my “bases” around the globe if I studied hard enough, did (unpaid) internship after internship and worked hard. No way I would quit my studies for anything – but that was five years ago.

In my last update on the blog, I was still in Ushuaia in the deep south of Patagonia. From there I’d make a 180° turn to head to Buenos Aires again – it scared me shitless! I was 19 and turned 20 in this city and my host family made me a chocolate brownie cake with dulce de leche on my birthday. My life was fucking adorable like that and no, I hadn’t checked my privilege yet. Would I hitchhike alone? Does the pope shit in the woods? No fucking way. I didn’t even know what hitchhiking really was. 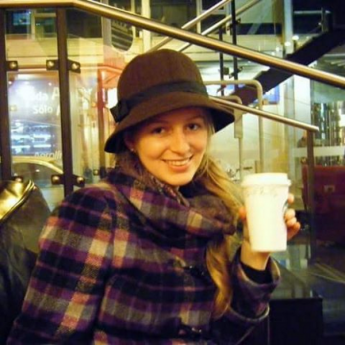 My life used to be adorable. And I drank a lot of cinnamon dolce latte at Starbucks in Buenos Aires.

So five years later, here I am standing in the rain halfway between the Atlantic coast and a depressing gas station on Highway Number 3 in Argentina. I’m trying to flag down a ride that will take me at least 300 kilometers closer to a place that sounds interesting when I read the name out loud. I’m wearing clothes that have been given to me by kind strangers, not suits. My right shoe has a hole in it that soaks up the entire contents of a puddle if—I don’t watch my step. They’re not exactly designer heels either. I’m not bossing anyone around either! Instead, I’m asking a stranger for a ride in one of the empty vehicles that cruizes the Ruta Nacional 3 south to north. “Stranger Danger”, what does that mean? Those aspirations of a “comfortable” life are five years old now. What happened?

I went from a person with aspirations to pay taxes, own real estate, and buy shit I don’t need to one whose day is unbreakable when the first car stops and cuts her own hair with a Swiss army knife. What the fuck happened?

All these things are the reason I’ve taken a spontaneous break from blogging, Social Media, and all that stuff. It was all just too damn much. Hitchhiking, if anything, is probably a mark of failure rather than success if you ask anyone – especially any parents. I wouldn’t want to go back though; that 20-year-old wasn’t much fun at parties and wouldn’t have interesting stories up her sleeve or experiences to share. Priorities change – and that’s OK. Bursting that safety bubble and ditching those shitty aspirations has been liberating as hell – and it will continue.

I plan to go back to regular blogging again now I’m back in Buenos Aires. Expect new posts on Mind of a Hitchhiker a couple of times a week!