Remember three years ago? When I made a hitchhiking videogame with Jonas in South America? Well, we got a new version out with slightly better graphics and more adventures!

Take me to the Hitchhiking Videogame!

Since the first version, Jonas took a Udemy course on game development with Unity. After he finished, we started to rebuild the basic JavaScript game in the Unity engine with C#. In other words: we used a different programming language to recreate the game.

I brushed up on my Microsoft Paint skills and redid a lot of the graphics. I also asked in the NOMADS Facebook group for suggestions of items to take when hitchhiking; we wanted to not only recreate the videogame but also expand its functions.

One improvement in graphics is the mosquito. Look how fucking terrifying the new mosquito looks compared to the old one: 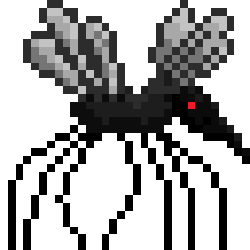 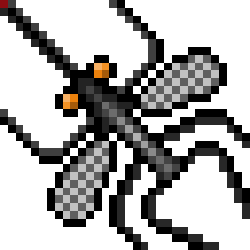 A Tribute to Ashley

This has already happened three years ago, but my (mom’s) dog Ashley passed away while I was traveling in South America. To grieve, I made a little pixelated young Ashley that features in one level of the hitchhiking videogame. 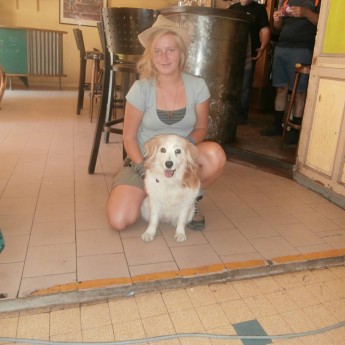 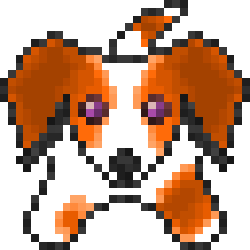 By now, my parents have a new dog of the same design named Robin. She’s very cute, well-trained and quite energetic.

Levels of the Videogame

Now there are 10 levels for you to enjoy (or get frustrated with) with several themes. I’d like to one day perhaps expand the hitchhiking game as I still have tons of ideas for it. But perhaps I should first refine my pixel art skills before I return to videogame design.

Meanwhile, Jonas and I have done some work on a Digital Nomad Game, which is much more complicated to make a lot of fun. That’s why that project isn’t moving forward right now.

But the hitchhiking videogame is already very playable. You can try it out here: