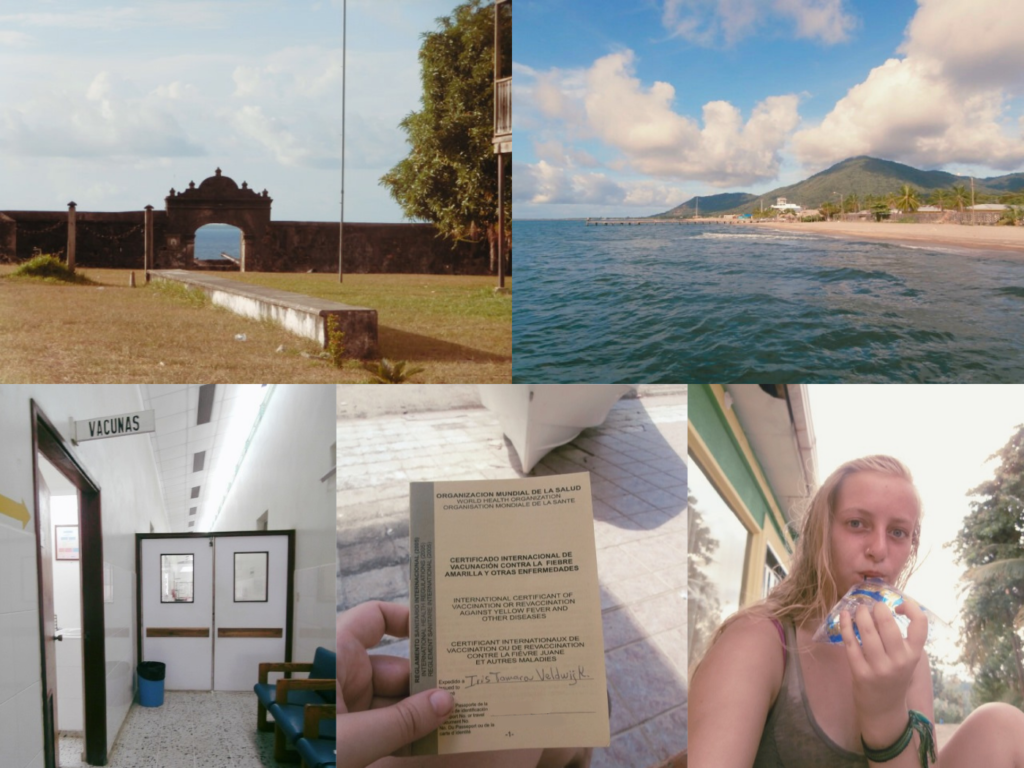 I wrote this post in 2021 many years later after the actual events. Back in 2014, I had barely started the first iteration of this blog (Escapist) and it was basically a Tumblr. So this post about how I got my yellow fever vaccine in Honduras is based on memory and photographs.

While hitchhiking from Mexico to Panama, many fellow travelers going up or down the Gringo Trail exchanged information. So basically all insights about travel and vaccination requirements came from hearsay. I was 22 years old and had freshly dropped out of university. And I had chaotic backpacker energy that comes from figuring stuff out by trial and mostly error. Did I speak Spanish? Back then I thought I did, yes, but in hindsight maybe I didn’t.

I had practically never heard about this disease called ‘yellow fever’ but someone had told me it spreads through mosquitos. Those critters have always loved my blood. I’d always had my vaccines as a child, so getting another was no big deal. I wasn’t afraid of catching the disease per se, but I was afraid of some immigration agent denying me entry.

The countries I’d been to before recently – USA, Mexico, Belize, Guatemala, and El Salvador – only the last three are considered ‘risk countries’ for yellow fever by the World Health Organization (WHO). But it depends on where you’d been before if you needed to provide proof of vaccination. I’m not sure if I was just lucky in Belize, Guatemala, El Salvador, and upon entry to Honduras, but nobody asked me for my yellow book. Good thing, because I wouldn’t have had anything to show them. Perhaps it’s because I used land borders instead of airports?

During childhood vacations, I had been to doctors before in foreign countries before. But that didn’t really count as medical tourism since it was for spontaneous things such as… Eh, I don’t really remember. Tick bites? No, that was my sister. Dropping a pocket knife on my foot? That was also my sister. Never any vaccines, for sure. Because my mom would make sure I’d get my shots in the Netherlands, for better or for worse. I had a serious fear of needles for most of my life until I lost it by getting paid to be a medical test subject in university.

And in 2014 in Honduras, I had never heard of the term ‘medical tourism’ before. I understood the concept, of course. But it wasn’t in my vocabulary yet and I would have assumed it’s only medical tourism if you get a boob job or other elective surgeries. But yes, this yellow fever vaccine would be my first medical tourism experience as an adult.

I also hadn’t really understood the concept of ‘anti-vax’ people outside of strict religious people. Around the time of my vaccination in Honduras, the Netherlands did deal with a measles outbreak in the Bible belt, which even took a life. But the mainstreaming of anti-vaxxing had yet to happen. I had paid attention to the lessons about vaccines in high school biology class, so I thought vaccines were cool and that everyone thought it would be cool to… not die of preventable diseases. But humans never cease to amaze me.

Asking Around for a Vaccine in Honduras

It was in Santa Rosa de Copán that I knew I needed to get the yellow fever vaccine. I’d spoken to some travelers coming from Costa Rica and South America before that who had encountered immigration agents who asked for proof. They had all taken their vaccinations and “booster shots” back in the USA or Canada or whatever and paid for these shots. That’s because in those countries there is no yellow fever spreading by itself, so there’s no national campaign against the disease.

A Honduran guy named Roberto said that Honduras does have a national vaccination program against fiebre amarilla. Good, that’s the word I needed to ask around for it at the centros de salud. I asked him if all of them have the vaccine and how much I’d need to pay as a foreigner. Roberto said that all health centers should have this vacuna in stock and that it’s free for locals. I’d just have to see if I needed to pay anything.

On the website of the WHO you can look up other country’s vaccine programs and schedules. This is Honduras checked for yellow fever.

Since I was on an extremely low no-budget travel, I would have preferred to avoid paying for the vaccine. The prices the US Americans told me that they paid for their yellow fever shots were outrageous. But part of no-budget travel is to also pay up whenever it’s simply necessary. So I just hoped that it would be for free without expecting it.

From Santa Rosa de Copán, I hitchhiked to San Pedro Sula where I met up with Roberto again. I stayed there for a few days till I hitchhiked on to Tela and La Ceiba. I think I only spent one night there before I continued on to Trujillo. It’s all a little blurry and there was no big plan or whatever. I just wanted to see the Caribbean coast of Honduras.

The day after arriving in Trujillo, I walked around town from my accommodation. I walked past the hospital in the city center and decided why not ask.

I walked into the clinic and asked the first person who looked like they worked here “Hay vacunas contra fiebre amarilla?” and the answer was “Si, por supuesto.” I dared to ask the price and she said it was free of charge. I still didn’t really believe it, but I agreed to see how far I’d come here and followed her down a quiet hallway to a room labeled vacunas. So far, the communication had been flawless. 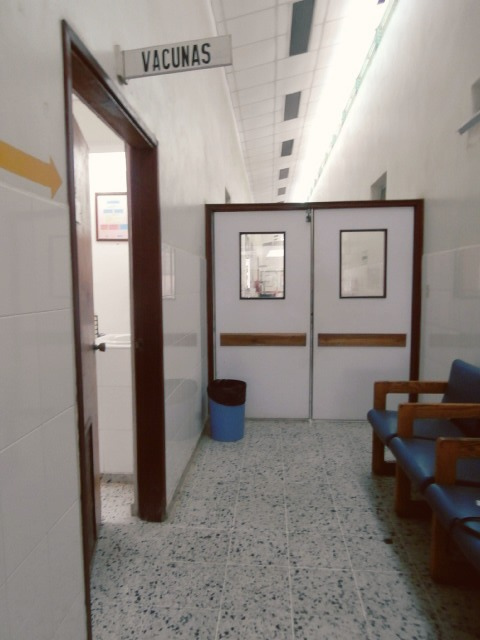 There, a different doctor handled the vaccinations with the help of a nurse who brought in stuff from another room. I handed over my passport and answered some health questions about allergies and my vaccination history. All in Spanish, of course. I just told her that I had all my childhood vaccinations and that I just needed the yellow fever vaccine.

She grabbed some stuff from the fridge and prepped the syringe. I lifted up my sleeve and she sterilized the spot and immediately jabbed me with the skinny needle. I didn’t feel a thing.

Then she asked if I had ever been vaccinated against rubella. Rubella? I’d never heard of that. I asked if it’s a tropical disease, but it wasn’t. I told her again that I’d received all the standard childhood vaccines in the Netherlands. So if it’s in one of those four-in-one vaccine mixers, I’ve definitely had it.

Only much later I learn that rubella = rodehond (‘red dog’) in Dutch. Yeah, I was definitely already vaccinated against that.

Meanwhile, the nurse had prepared the official document for me. I received my first-ever yellow card from her. The first page contained the fiebre amarilla vaccine, the date, two stamps from the hospital (secretaria de salud publica – region sanitaria departamental no. 2 – Colon, Honduras – coordinacion P.A.I.), the batch number and production of the vaccine (Brazil), and how long it’s valid: indefinitely. All I had to do is fill in my personal details on the front and I had a valid travel document. The coolest thing is that it says on the back that it’s from the República de Honduras. 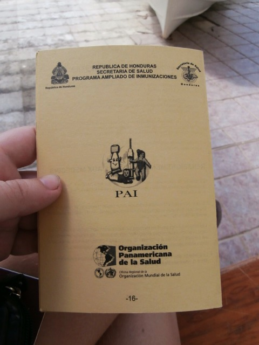 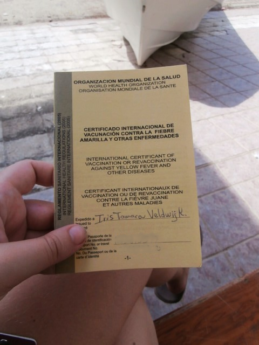 My favorite travel souvenir thus far? Absolutely. Though it’s curious that it has multiple pages, they didn’t put the rubella vaccine in there.

Feeling fresh, vaxxed, and waxed, I spent the rest of the day drinking a beer at the beach, wandering around the pier, visiting the Fortaleza de Santa Bárbara, and drinking water from plastic bags. I felt super grateful for this pleasant coastal city for vaccinating me for free. 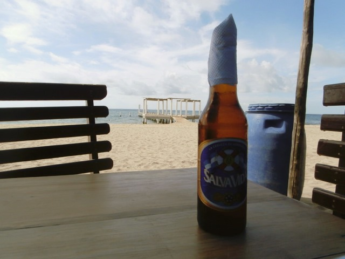 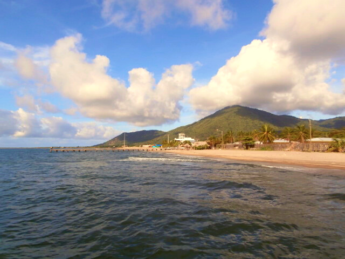 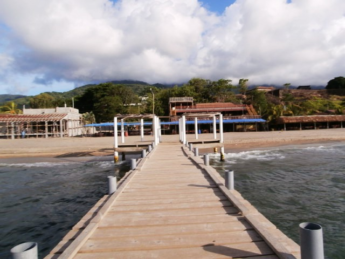 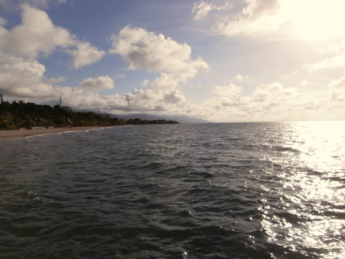 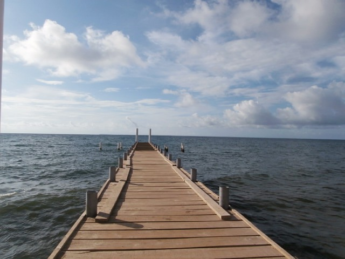 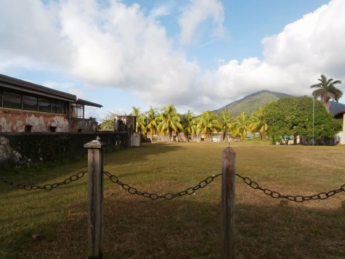 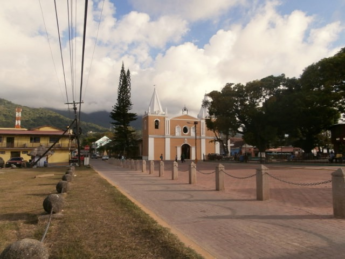 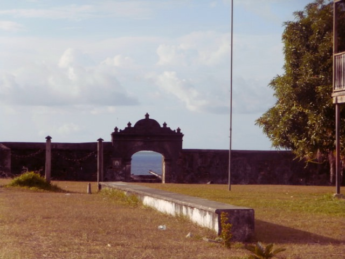 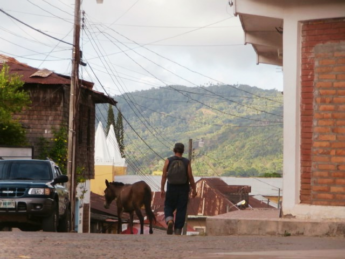 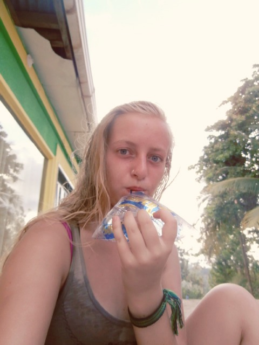 The day after my vaccinations, I left for Tegucigalpa. Over the next months, I continued my hitchhiking trip through Honduras, Nicaragua, Costa Rica, Panama, the Dominican Republic, and Germany before I returned to the Netherlands for just 10 days.

Did Anyone Ever Ask for My Yellow Fever Vaccine?

Not in the other counties after Honduras. Not in any other country in the seven years after. Still, it’s one of my most important documents. 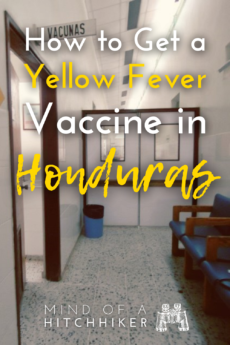 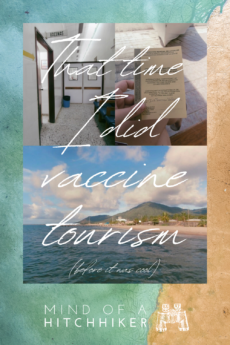 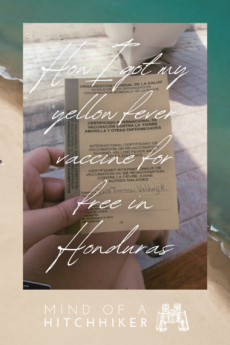 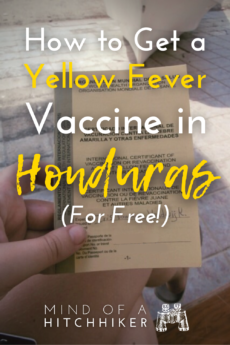 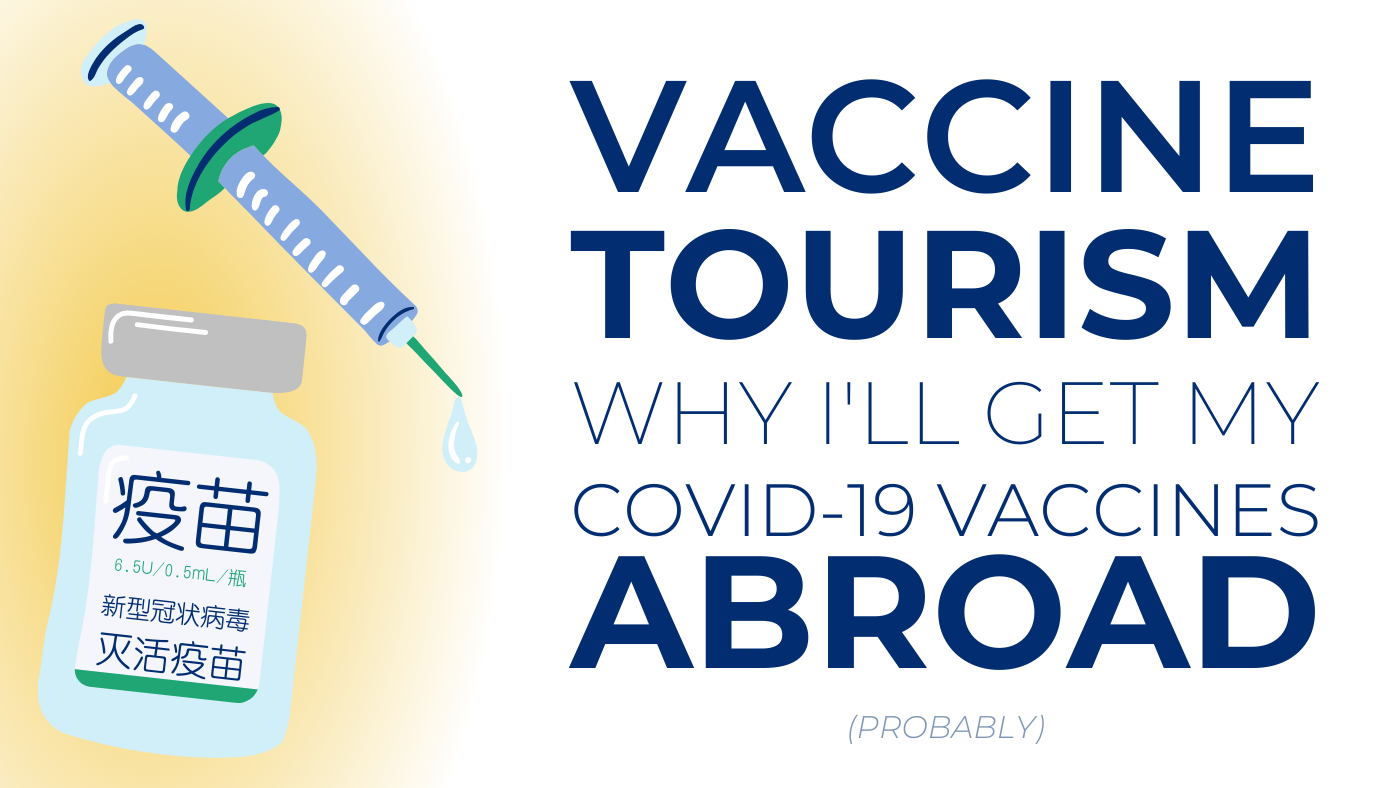 Vaccine Tourism: Why I’ll Probably Get My COVID-19 Vaccines Abroad 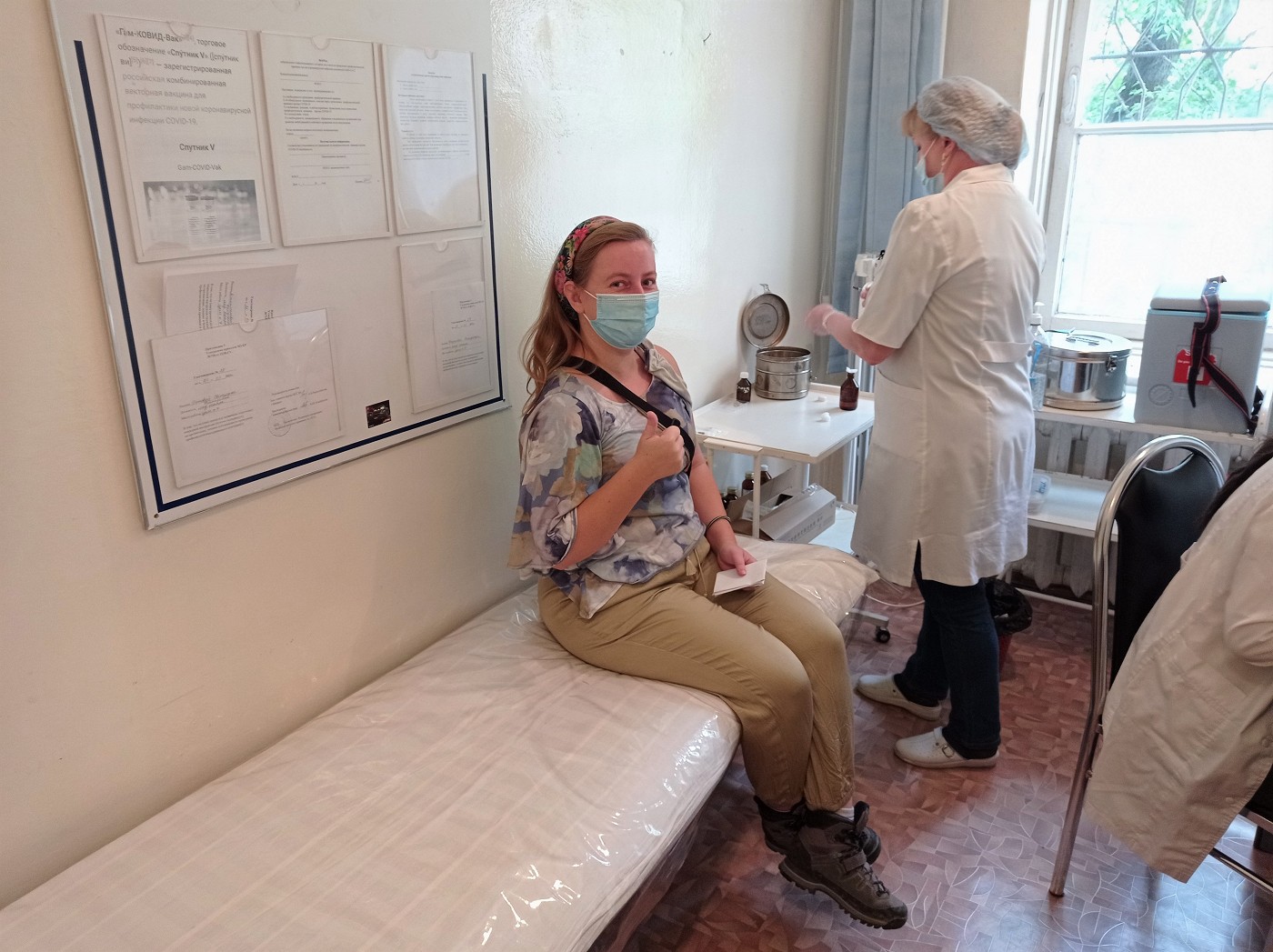 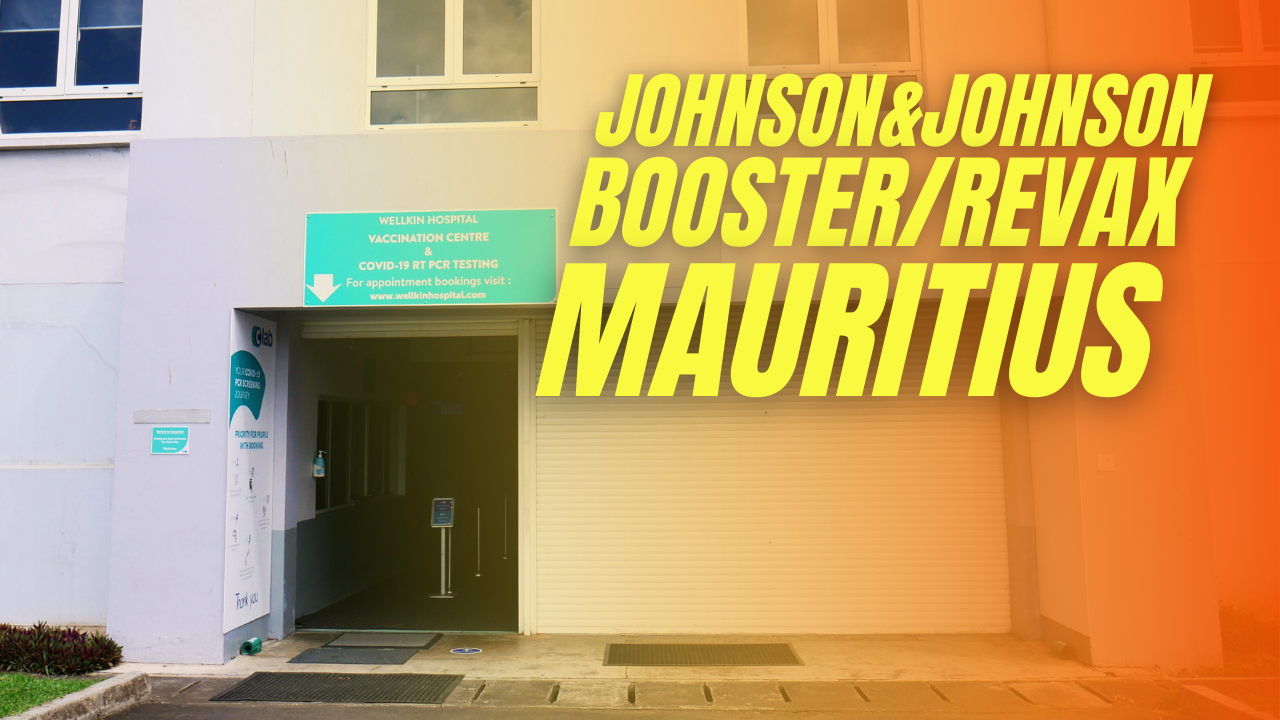 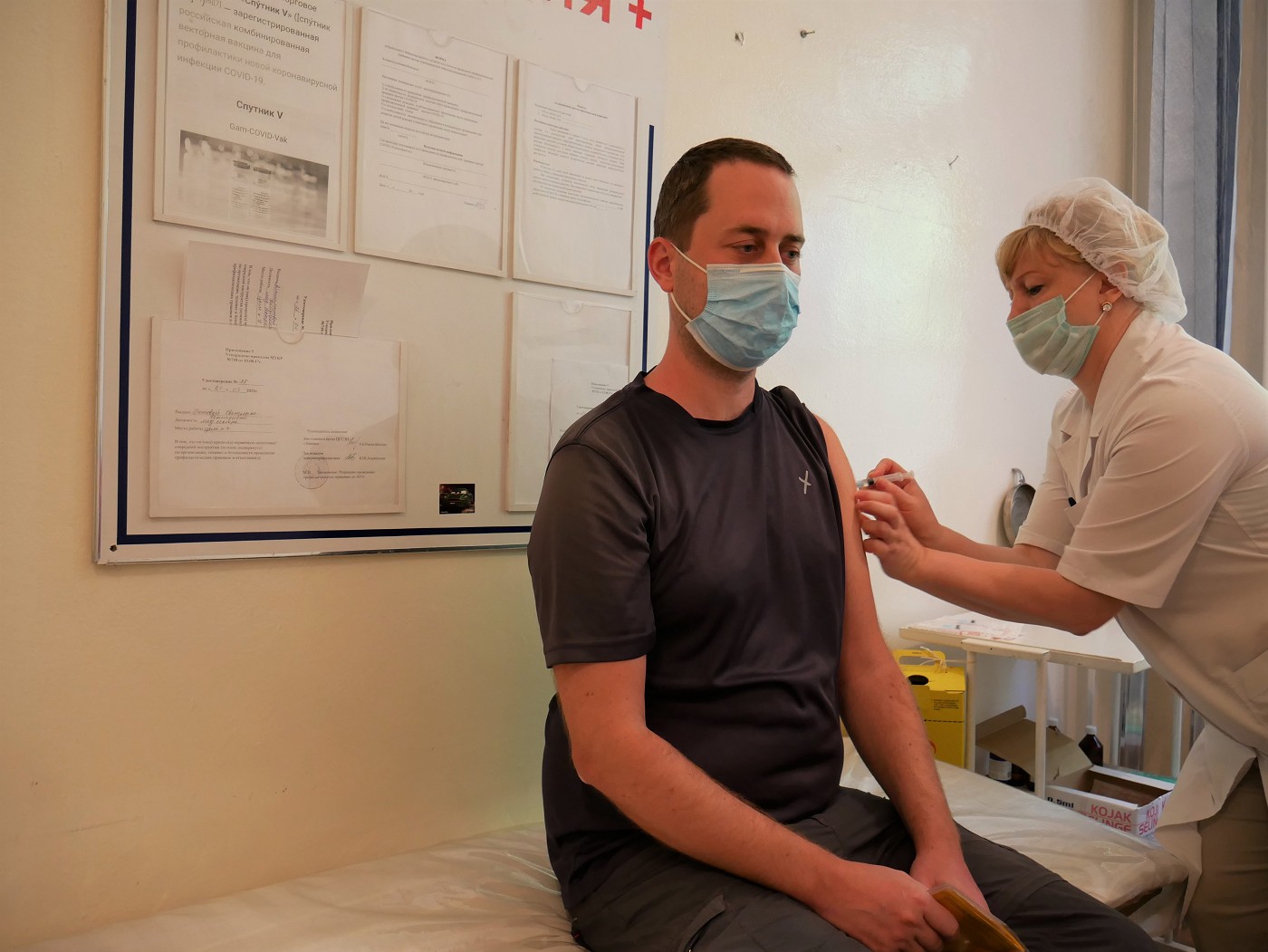 Getting My Second Dose of Sinopharm in Bishkek