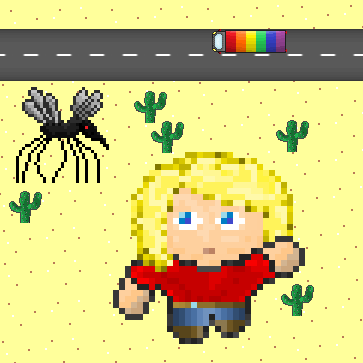 Introducing a new feature on my travel blog: Mind of a Hitchhiker: The Game!

Take me to MOAH: The Game!

The Idea to Make a Game

If you’ve never hitchhiked, this is your chance to enjoy a soft introduction into the art of stopping cars. The current version needs a keyboard (i.e. proper computer, no phone/tablet) to play. Together with my co-author for the Buenos Aires Guide Jonas, I’ve put together this videogame in which you play this pixelated character that hitchhikes and fends off mosquitoes. The conception of the idea went pretty much like this:

Iris: We need to make a game about hitchhiking. And it has to be Fun.

A few weeks later we met up again and Jonas had created the basic idea of the gameplay. It was adorable, but I had some suggestions for the (mostly stolen) graphics. If they were going to be different, I would have to create them myself. So I opened Microsoft Paint and started making my own shitty graphics. All those years of taking Arts classes in high school finally paid off: I made something recognizable – with pixels. After many Tetra© liter packs of cheap Uruguayan wine and what I’d call pixel nitpicking, there was something that resembled a video game. There were many disagreements, but we’ve found consensus on the current version with only five levels to procrastinate with. This is an ongoing project, so there will be changes in future versions!

Now it’s out here on the internet for all of you to enjoy. Welcome the first online hitchhiking game that is positive about hitchhiking and adventurous travel! Do you have any suggestions (that are not about trashing my shitty graphics) or ideas? Leave a comment!

Totally Unbiased Reviews of Mind of a Hitchhiker: The Game

“We like it a lot” – my grandma and cousin

“THIS IS REALLY HILLARIOUS” – my sister

“That’s really great, exactly like the games from 25 years ago! Works like a charm. […] And the mosquitoes are really annoying like in real life” – Jonas’ dad

I really mean it when I say you should play it, last chance people:

Take me to MOAH: The Game!

Already played the game? Let me know what you think in the comment section below! 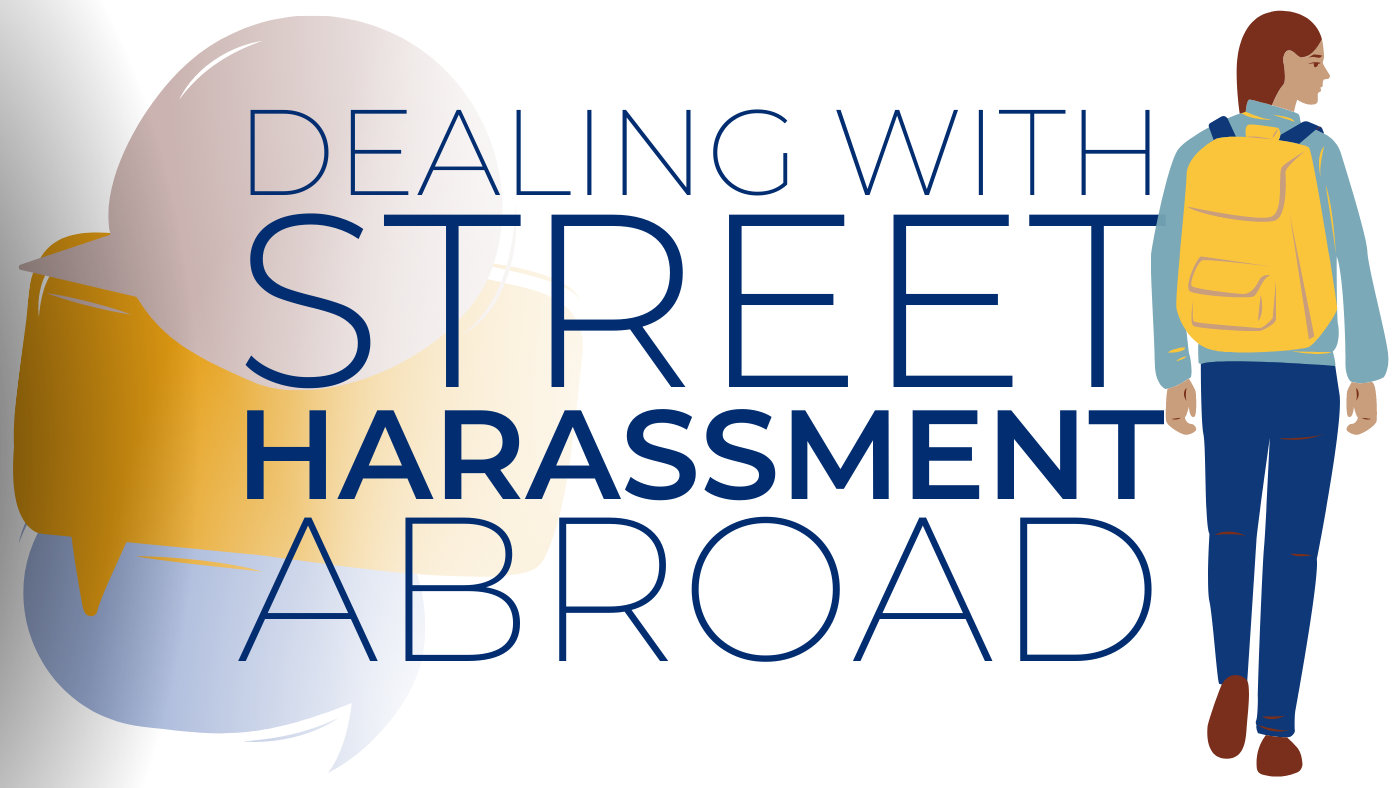 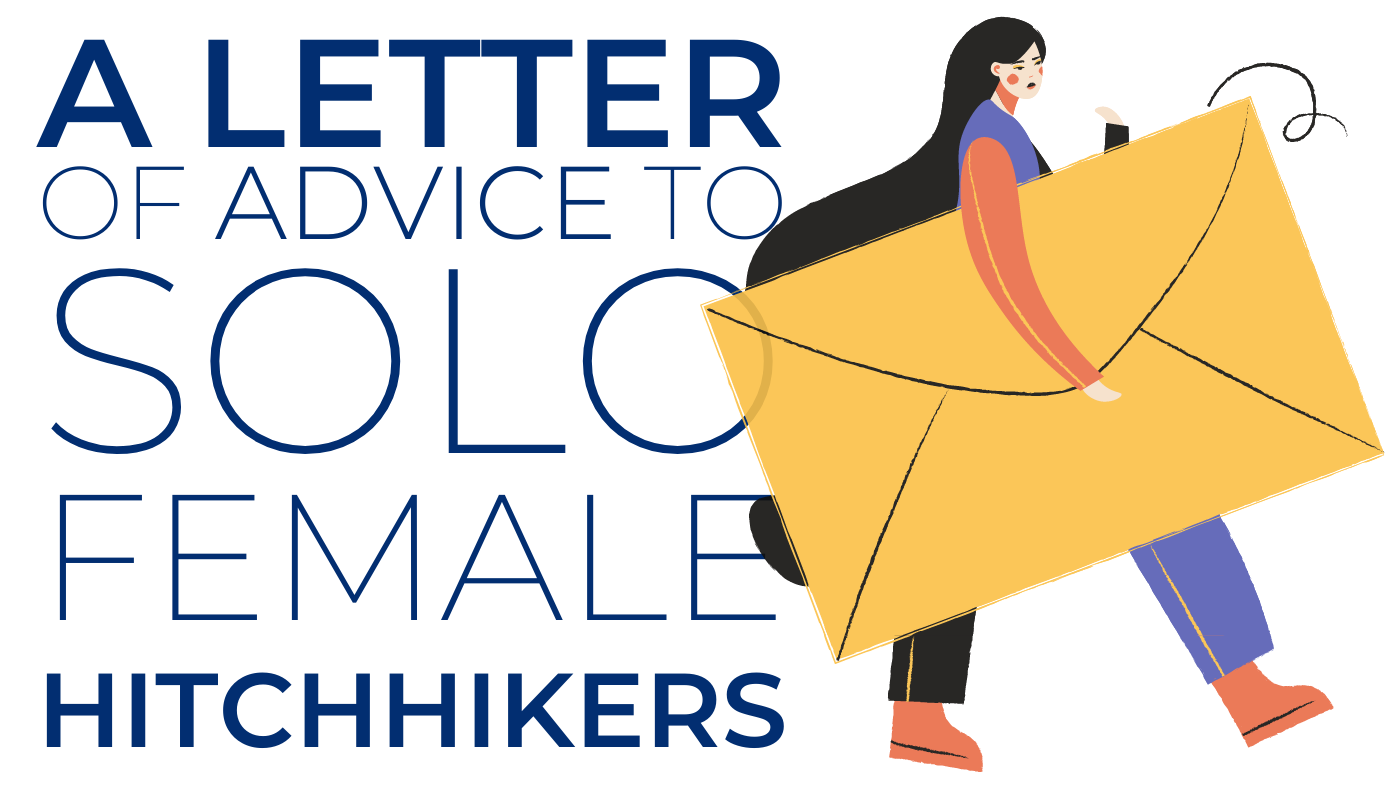 A Letter of Advice to Solo Female Hitchhikers 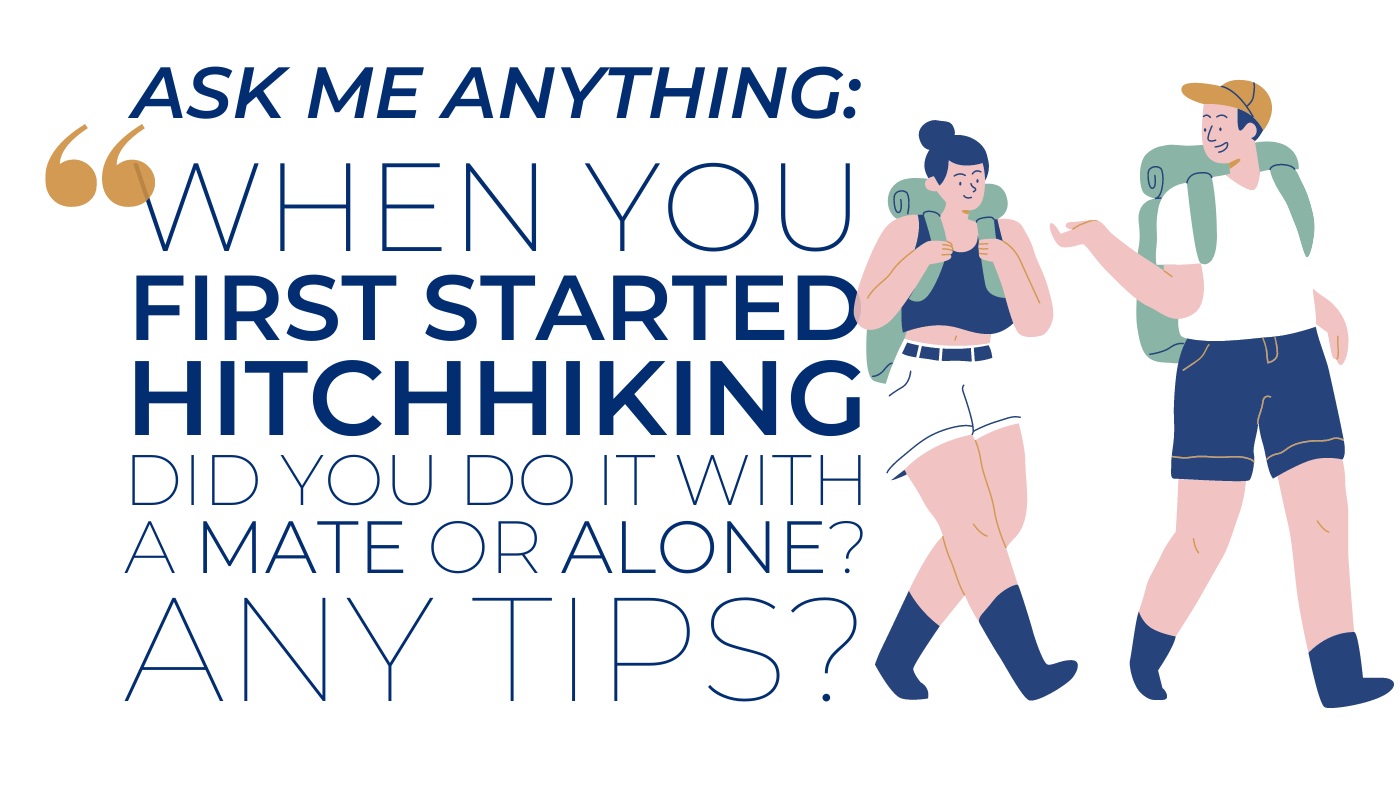 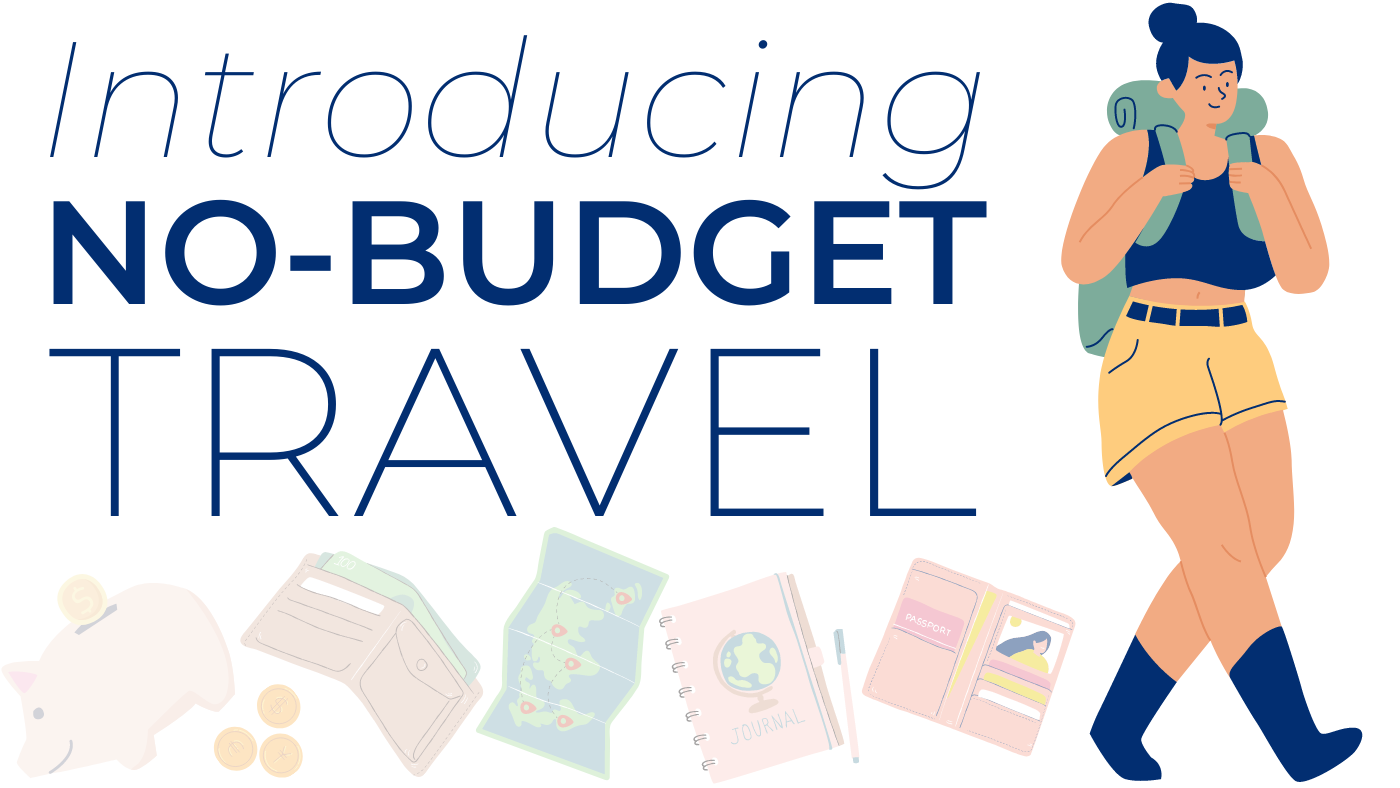 No-Budget Travel: Why I Can’t Be Arsed to Budget 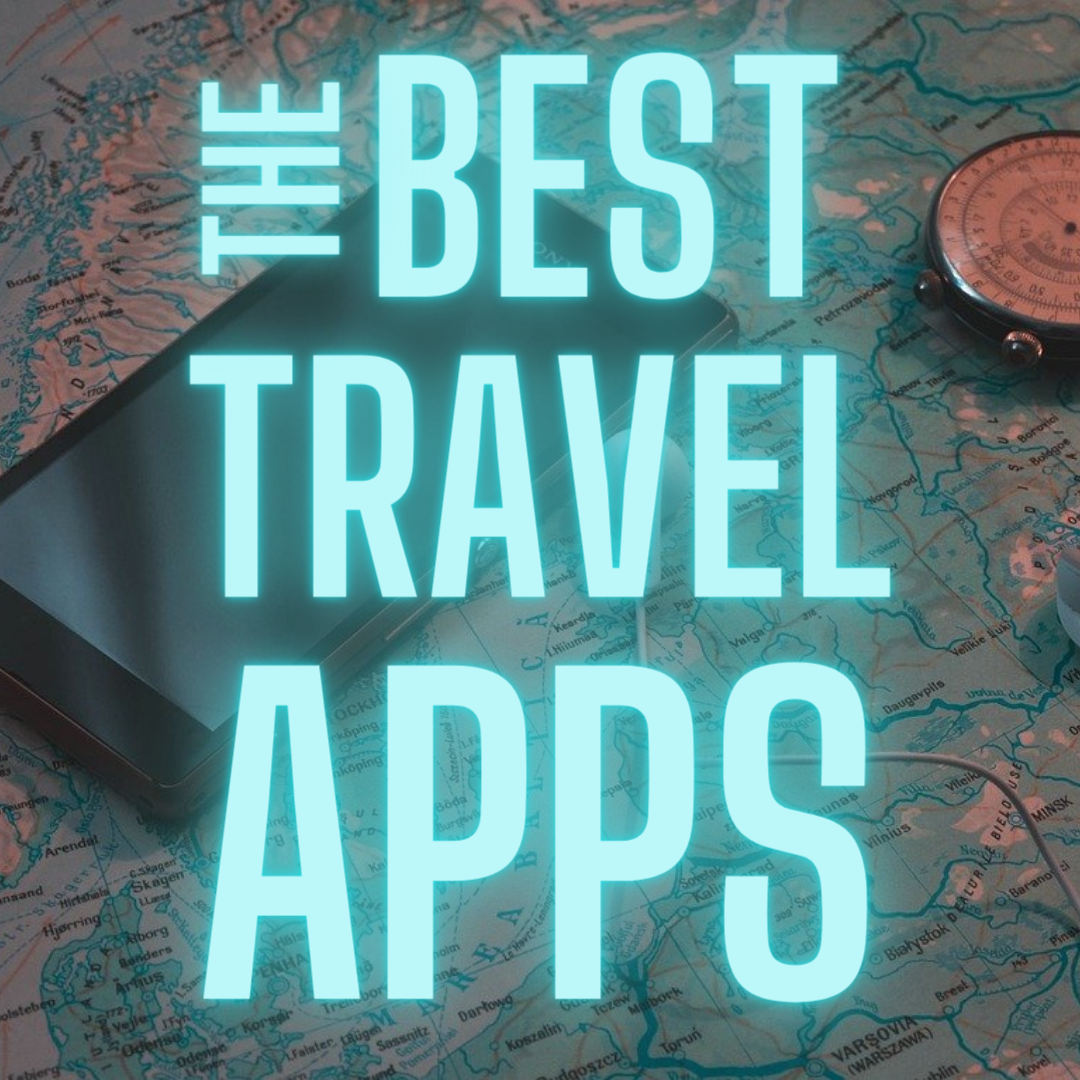