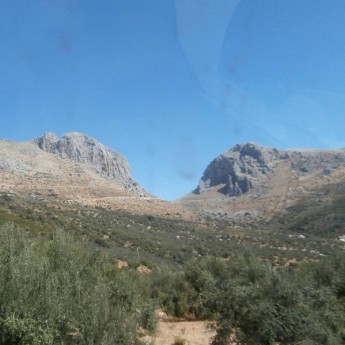 On the move again! I just left Málaga to hitchhike the scenic route towards Granada. Though I might go to Ronda or Gibraltar directly to catch some speed again on my way to Portugal. We’ll see what happens. I’ve no idea where I’m going, but it’s fun to pointlessly hitchhike in some direction just because of a nice mountain pass, though in Spain you can’t be picky. So far the average of 50% rides with foreigners and 50% with locals holds up, which is the highest I’ve ever experienced. I even caught a ride with some Dutch people in thisContinue reading 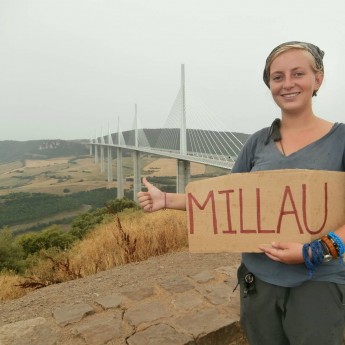 A couple of days ago I was still in France completing one of my “Hitch Bucketlist Masterpieces of Human Engineering”: the Millau viaduct! One of these pillars that keeps it all standing is taller than the Eiffel Tower and it spans the entire valley. My French driver spoke good English as he had just been back from a five-month backpacking trip himself. He told me more stories of the bridge as there were loads of protests against it. A one-way voyage over the bridge costs a whopping €9.40, so I offered to contribute. My driver rejected the offer. This bridgeContinue reading