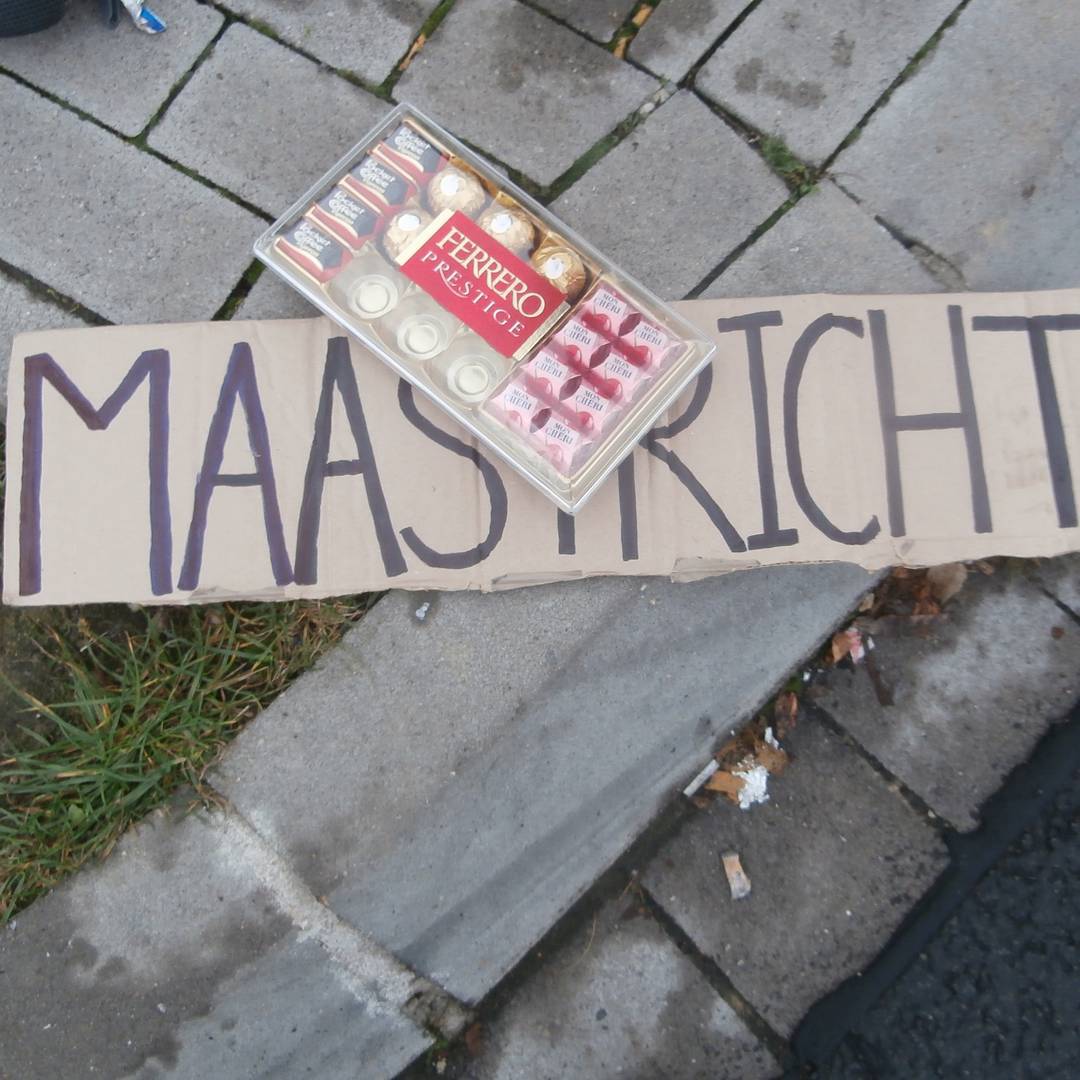 When you’re hitchhiking home and some nice Italian guy gives you a box of chocolates! As you might have heard, I’m not wild about chocolate. I think it can be okay and the Ferrero Rocher stuff is a nice energy boost. So I told the guy to keep his chocolates, but it seems like he had stacks and stacks of boxes and he insisted. Perhaps it was a benign smuggling business, who knows.

Funny thing: in Europe, I receive chocolate from drivers all the time. It’s such a pattern across countries. Like, why do car owners buy too much chocolate all the time? I don’t mean to criticize. I just don’t understand why it’s there. Does chocolate really make for a good road snack? And the only time when I really, really refuse chocolate is in the summertime. Because chocolate melts like a bitch and the stains are terrible. If there’s anything I can’t stand, it’s sticky hands!

There were some other hitchhikers around at the gas station where my driver dropped me off. So I encouraged them to feast. Then someone stopped at the gas station and since the other people were there first, I let them take it, but the guy only had one spot. So I had to hitchhike off again. To Maastricht.

Yes, I’m back in The Netherlands visiting friends and family here before I’m going on another BIG trip! 😉 I still feel it’s a bit too early to announce where I’m off to; I really don’t want to jinx it. It will require me to take one flight, which I’m not thrilled about but I’m not paying and I hope what’s on the other end will be really, really nice. You’ll see it in my next update! 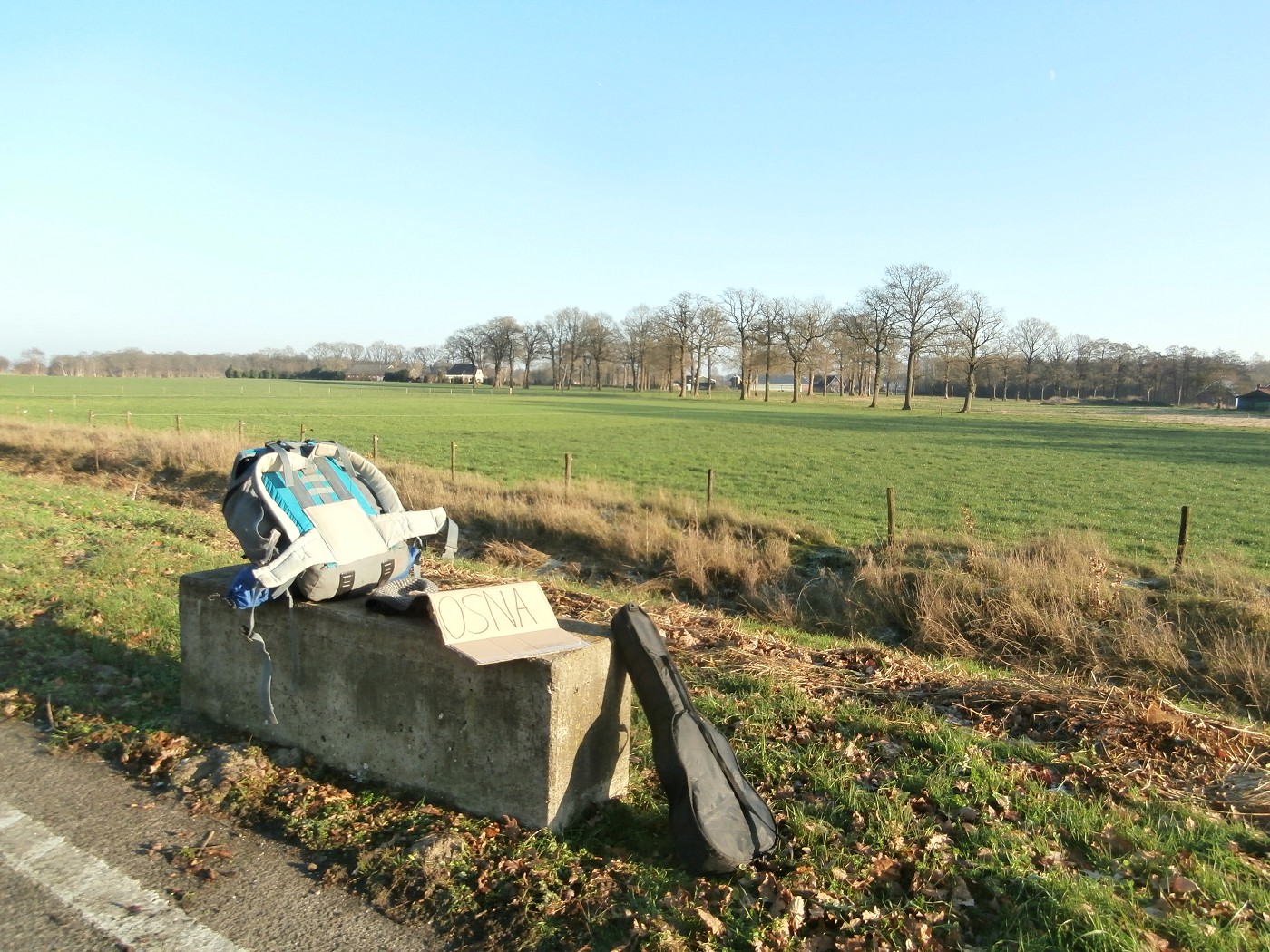 2 thoughts on “Free Chocolate for Hitchhikers! To the Netherlands…”