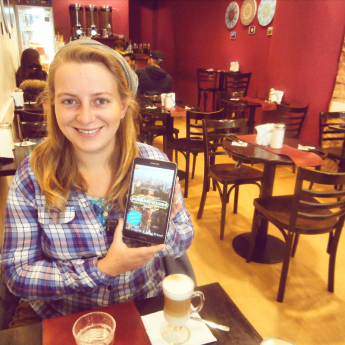 Long time, no blog! But I have been legitimately busy. I arrived in Uruguay about three weeks ago and decided to first travel around the country, as far and wide as possible. Before that, I was writing a travel guide together with Real Digital Nomad™ (someone who travels and works from a laptop and has enough money not to hitchhike) and partner Jonas about Buenos Aires. Only a few people know this about me, but here it is: I’ve always wanted to write a travel guide. In fact, after I started traveling more often in 2012, my first new ‘dream’Continue reading 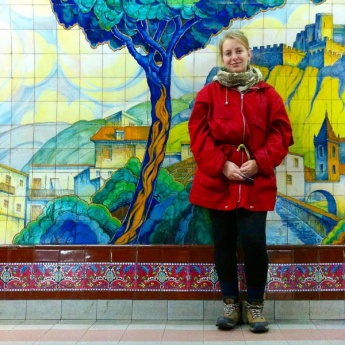 Pfew… That time of the year is over again! Last week I turned 25 and the day just passed like that. It’s the second time I’m in Buenos Aires, Argentina on my birthday, but it was really different from when I went from 19 to 20 at my guest family. This time year: no celebration, nothing whatsoever. No cake (not the biggest fan anyway), candles or balloons. No friends visiting, birthday cards or a party. Minimalistic; just me and a package of tissues. I’ve been struggling with a cold – and have been feeling very sorry for myself – butContinue reading 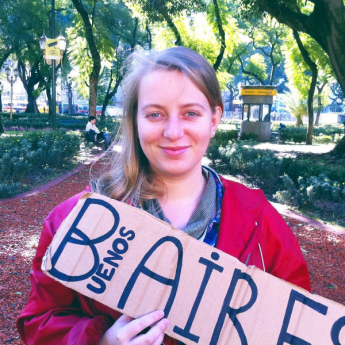 The past weeks I’ve been very silent on the blog and social media. BUT I HAVE RESURFACED! The last major update from Ushuaia, Argentina, was about quitting smoking. I know you might think I started smoking again, but that’s not the case at all. That’s actually going mighty fine! No… my mind has been stuck on drawing parallels to my trip five years ago and the one today. Five years ago to the date, I was rounding up my first year at university. I was planning a five-week Spanish learning trip to Buenos Aires.  Argentina’s capital was then the cityContinue reading 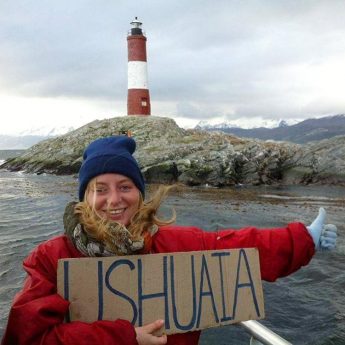 Twelve days ago I had my last ride to Ushuaia, Argentina. Ushuaia also goes by “The End of the World” (Argentina’s greatest marketing success!). I smoked my last cigarette upon arrival. Today I leave the place that embraced my – for now – last cigarette butt. I’ll hitchhike back to where the sun wants to shine. I just made this silly plan to quit smoking four weeks ago. That’s when I still thought it would be poetic AF to go cold turkey at the End of the World. Little did I know Ushuaia would be a supermassive black hole forContinue reading

In my second vlog ever (first vlog here), I’m hitchhiking across the border from Chile to Argentina over two days’ time. The border crossing is at Paso Rio Jeinemeni. That’s a river that forms the border per the 1902 agreement between Chile and Argentina. The small river drains into the binational lake called Lake General Carrera in Chile and Lake Buenos Aires in Argentina. The lake also has a native Tehuelche name: Chelenko. I’m running out of days on my Chilean visa, so I have to hurry! I wasn’t paying attention, because 90 days seemed like an endless time atContinue reading 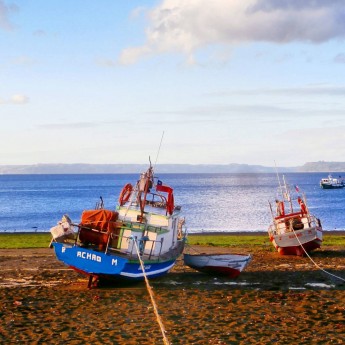 It’s hard to imagine I’ve spent nearly two weeks here, but the time really did fly by island hopping and digital detoxing in the Chiloé Archipelago. It’s a group of islands in the south of Chile that many drivers had spoken of before about how special this place is. Not a single driver was like “So you’re going to Chiloé? It’s pretty average there… better skip it”. South of the Ruta 5 The main road in Chile, the “Ruta 5” just continues on the island like there wasn’t some water to cross. My truck driver named Walter drove from theContinue reading

I had been playing around with this idea for a while now but here it is… my first vlog! Some fans had shown their interest before in me making a video of a day in the life of a hitchhiker, but I never really went for it until now. It took some nerves to use that ‘recording’ button for the first time with my face in it, but what’s really the difference from taking a photo? That’s just beside my complete lack of video editing skills until I tried with the help of Windows Movie Maker and what Youtube provides,Continue reading 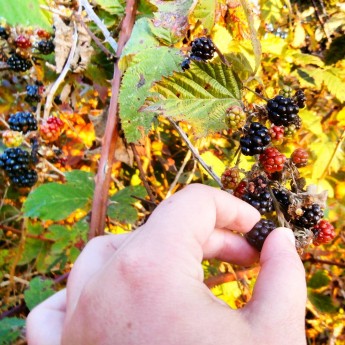 It’s the season of the free blackberries in the south of Chile! These kinds of bushes surrounded nearly all my hitchhiking spots. Somehow, nobody else eats them. I wonder why, as it’s tasty, healthy and most importantly completely free. A bush like this in a public area in Europe would have been looted the minute the blackberries turn ripe. Perhaps this hassle-free food is nature’s way to compensate for the freezing nights I’ve spent in my tent around Puerto Montt and the Llanquihue lake. Autumn has definitely arrived in the southern hemisphere and yet the days have been blessed withContinue reading 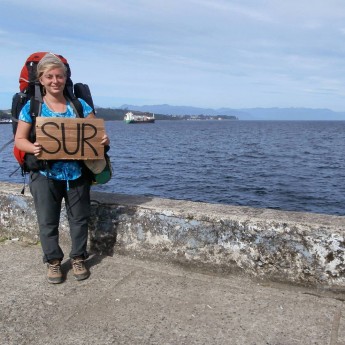 “SOUTH” por favor, señor. It is the only hitchhiking sign I’ve really needed to travel down Chile. Chile is the skinniest and tallest country on earth and it shows in its road maps. A month ago my drivers already offered me (truck) rides to Puerto Montt. But until now I always responded that I wasn’t traveling that far south. At least, not yet. Until now. I’ve actually arrived in Puerto Montt with Jonas and it wasn’t as daunting of a journey at all. Three thousand kilometers just in this country, just so far. The hitchhiking sign saying “SUR” hasn’t survivedContinue reading