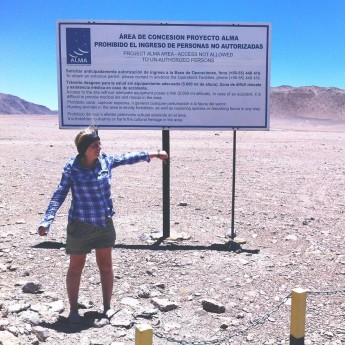 In San Pedro de Atacama – the biggest tourist trap in the north of Chile – I managed to get to the entrance of one of the European Southern Observatory sites here in Chile. To be specific: they’re the ALMA and top-secret APEX at 4.800m above sea level on the Chajnantor plateau. The observatories are above 5.000m. Unfortunately, they even blocked the sneaky “back entrance” I found on my map for the public during my attempt to approach. There were all these warning signs telling me that I probably can’t even breathe up there. Yes, the air is that thin.Continue reading 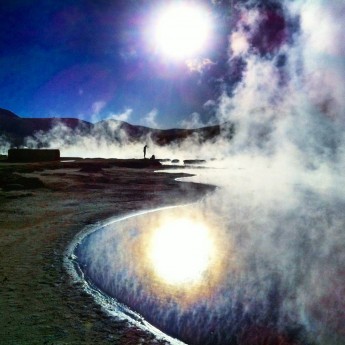 Sunrise over the Termas de Polloquere in northern Chile. Free hot springs! The sulphuric steam was a little smelly but all in all, it made a pretty good bath. I usually don’t take baths twice a day, for obvious reasons… I’m not sure if freecamping was actually allowed, but nobody really seems to care about what you do here, which is always awesome. The water temperature was something between bearable and skin-scalding hot. I managed to make noodles in the evening and coffee in the morning au-bain-marie style by putting my improvised cooking gear in the hot water. I wasContinue reading 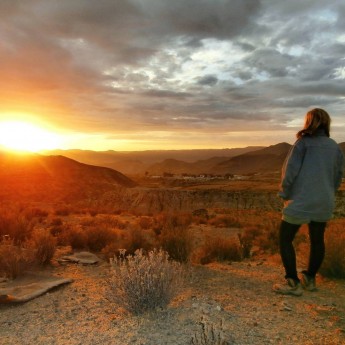 A fresh update from Chile! The past days I’ve been exploring the Arica y Parinacota region from the coast to the mountains while freecamping at hot springs and ruins. One of them was the Termas de Jurasi. Yes, nice warm hot springs; good enough to keep a hitchhiker clean, though smelly of sulfur. It’s kind of a weird idea to sit down in a warm natural pool of water heated by the core of the earth that could decide to erupt your ass off any second. I know that’s not really how it works, but coming to think of it,Continue reading 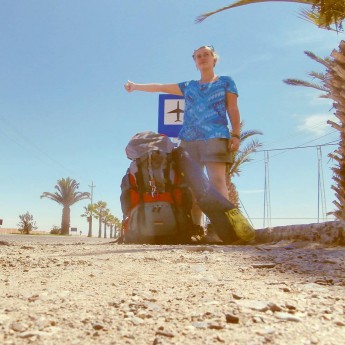 Goodbye Perú and hello Chile! I hitchhiked from Perú to Chile by starting at Tacna’s airport. Then I caught a ride to the border with Chile and onward to the beach city of Arica. Besides the heat, it was fairly easy to stop a ride. But I can’t complain as I had a nice palm tree to provide me shadow. This is where I stood in coordinates: -18.049486297999366, -70.27823982373954 I’ve been adding all kinds of information to HitchWiki.org recently as there are not a whole bunch of articles on South America. And I’m currently here anyway 😉 What can I sayContinue reading 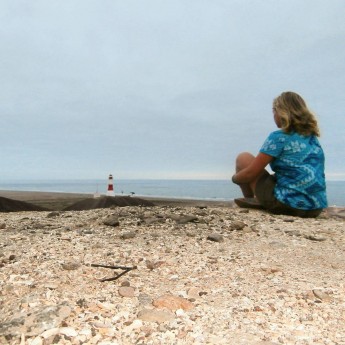 Last night I went freecamping in Perú. I picked a spot close to the coast on a hill where both a lighthouse and a Jesus statue were located. Boca del Río (“river mouth”) is located close to the city of Tacna. I hitchhiked from Boca del Río to Tacna in a single ride with a lovely old lady going to a big church here. I plan to stick around here for the next few days before crossing to Arica, Chile. Arica formerly belonged to Perú. It’s also where the Atacama desert begins, which is the driest place on earth exceptContinue reading 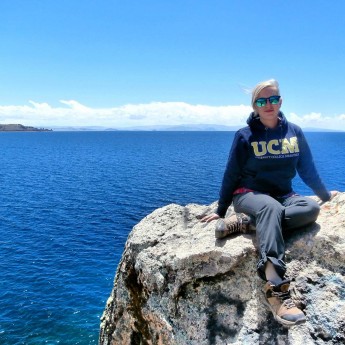 We’ve left Bolivia for Peru now, but here’s a photo from Bolivia’s chunk of the Titicaca Lake anyway. North of Copacabana, there are the floating islands of Chañi (Spanish: Islas Flotantes de Chañi). That’s where this rock is at. The internet hasn’t been on our side since the start of the year, unfortunately! And Copacabana was the worst in terms of internet (and electricity) stability. Hence the late updates. The highest lake in the world is a cold place. So today I decided to hitchhike from Puno in Perú to Moquegua down the Andes to warm up my hands and feetContinue reading 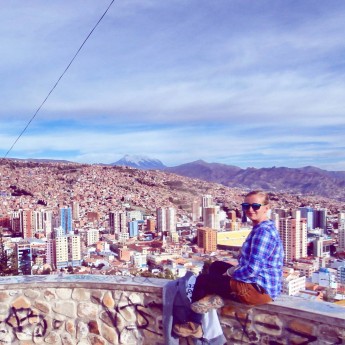 Happy New Year’s Eve/morning/afternoon/night wherever you are and whether you celebrate it this time of the year! It’s still 30 December here in La Paz, Bolivia, but I’m shit with timing stuff so I’d rather say it sooner than later. Tomorrow I’ll be writing for you guys on my blog all day – much like the previous posts! – and then I’ll have a Bolivian NYE dinner after midnight with the locals. This photo was taken at the “Mirador Killi Killi” in the huge-ass city of La Paz, where you can see snow-topped mountains even though it’s summer here now. I’ve beenContinue reading 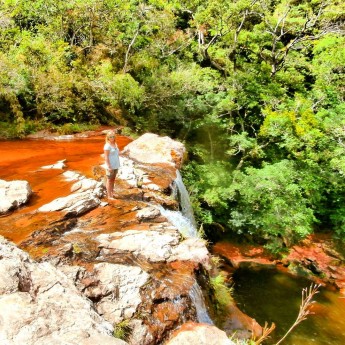 I didn’t jump from this waterfall. Just chilled an entire day at the three falls of Cuevas, close to Samaipata in Bolivia. Ultimate chill alert! What a beautiful place to cool down one’s feet and enjoy nature. I did get my camera a little wet with all the micro sploosh that’s floating in the air at the bottom of the biggest waterfall. There are two other waterfalls with beaches to relax at. Cuevas is about 20 km from Samaipata in the direction of Santa Cruz and costs 15 Bolivianos for entrance. Unfortunately, it gets really busy in the afternoon onContinue reading 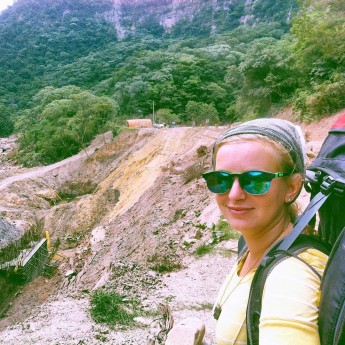 When hitchhiking through this amazing valley to get to Samaipata, Bolivia, football-sized rocks fell down a cliff. It’s such a strange thing to witness. They barely missed the car in front of ours. My driver told his daughter who was sitting in the roof-window of the car to come down and sit inside between Jonas and me. “We have to do this quick”, he says in Spanish. He slows down the car and waits for the dangerous stretch to clear. This doesn’t worry me at all; I grew up with the assumption that if there’s any danger, other people willContinue reading