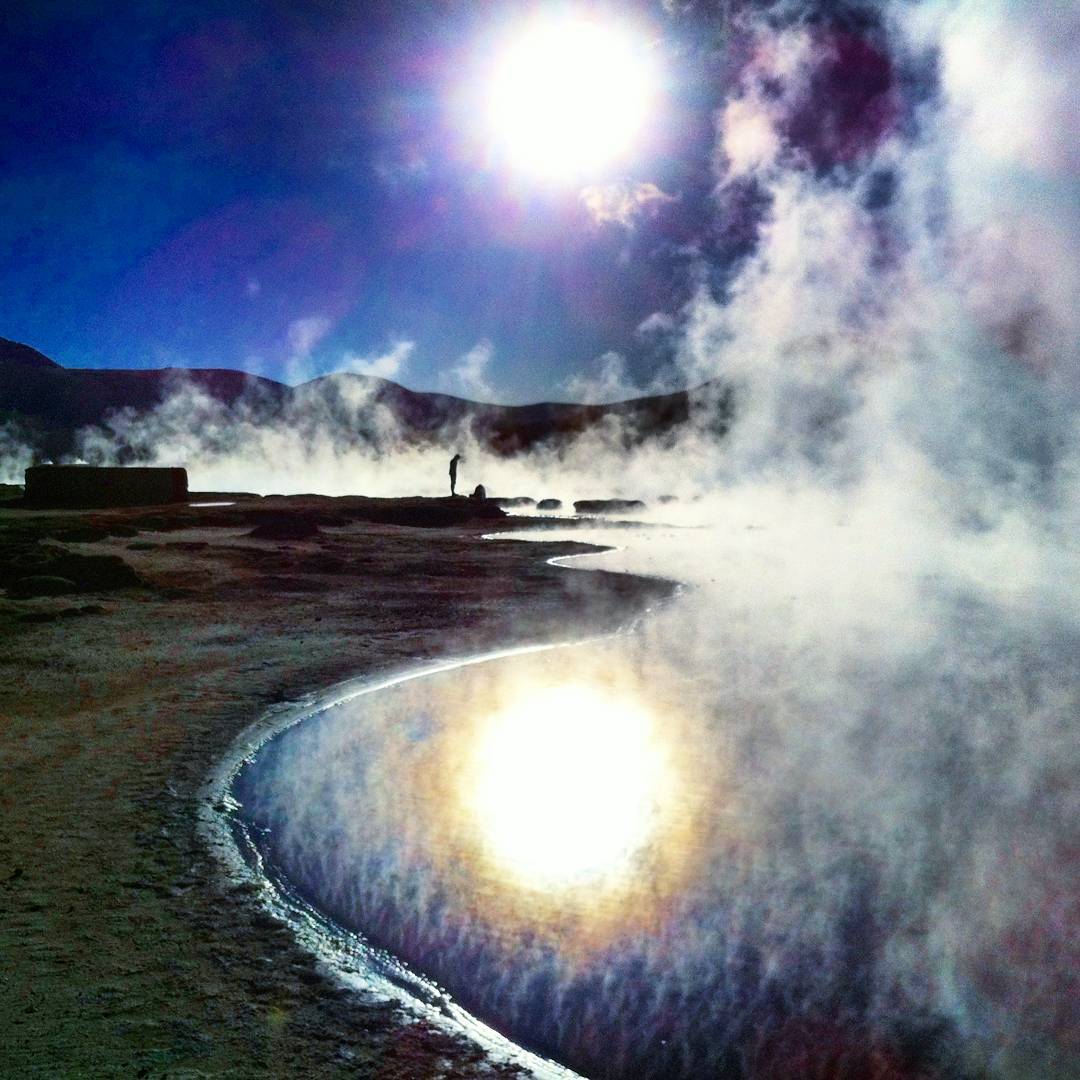 Sunrise over the Termas de Polloquere in northern Chile. Free hot springs! The sulphuric steam was a little smelly but all in all, it made a pretty good bath. I usually don’t take baths twice a day, for obvious reasons…

I’m not sure if freecamping was actually allowed, but nobody really seems to care about what you do here, which is always awesome. The water temperature was something between bearable and skin-scalding hot. I managed to make noodles in the evening and coffee in the morning au-bain-marie style by putting my improvised cooking gear in the hot water. I was really really proud of the noodles!

I’ve seen ducks and flamingos land in the hot part of the springs and regret that decision instantaneously by flying off directly.

By now, I’ve moved on from the Termas de Polloquere towards San Pedro de Atacama. The Atacama is the driest desert on Earth, but San Pedro is not the dryest zone. At high-altitude, San Pedro is one of the sites where they also have a bunch of European observatories like the ALMA. Presumably, they use those to look at the milky way and scan for extraterrestrial life. I have no clue if it’s possible to get in as a non-scientist. San Pedro seems to be quite the gringo-hub, which means WiFi! Which means more updates!

[Later, I managed to visit the Paranal Observatory!]