Today cannot be described as anything else than plain epic. Together with Jonas, I hitchhiked from Antofagasta to the Paranal Observatory. Our drivers were kind enough to drive us up the mountain out of their way. They drove back downhill and we anticipated hitchhiking another car down within the hour. I definitely didn’t expect to come closer to the Very Large Telescope than the security guys at the gate. But it is a Saturday today and the tour group was just about to leave.

One could say that… the stars aligned.

The guy at the gate approached me and I expected him to send me away from where the scientists do their complicated things. But then he said “Do you have a reservation?” and I answered “Not exactly”. He then said I should hurry and before I knew it, he pushed me into the car of a German-Dutch couple. He handed me a protective construction hat in case the telescope turns decapitates me or something like that.

I drove off speaking my mother tongue while driving up the top of the Cerro Paranal. That’s where four of these big telescopes appeared with four little ‘helper’ telescopes. The people that work there can move these smaller telescopes into the desired position on a rail. It’s fascinating.

The European Southern Observatory (ESO) owns these telescopes, which funnily enough also has Brazil as a member state. The guide was a Chilean biologist called Vladimir. He does the tour on Saturdays. They allowed us access to the offices of the astronomers who do the calculations and entered one of the four telescopes. If humanity discovers life outside of our own galaxy, it’s probably these folks who identified the planets that are in the liveable zone.

People who plan a visit book this free tour months in advance and I accidentally showed up at the right place at the right time and got inside the world’s largest telescope just like that. I’m annoyingly happy now. Especially after my other (failed) attempt to enter the Chajnantor Observatory near San Pedro de Atacama a few weeks earlier! 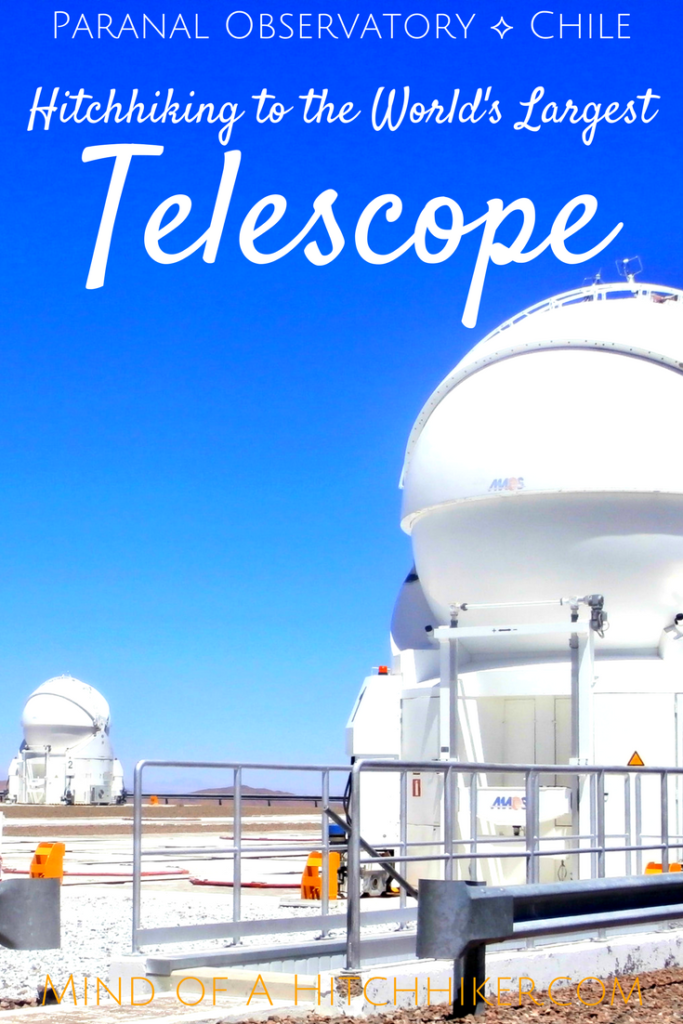