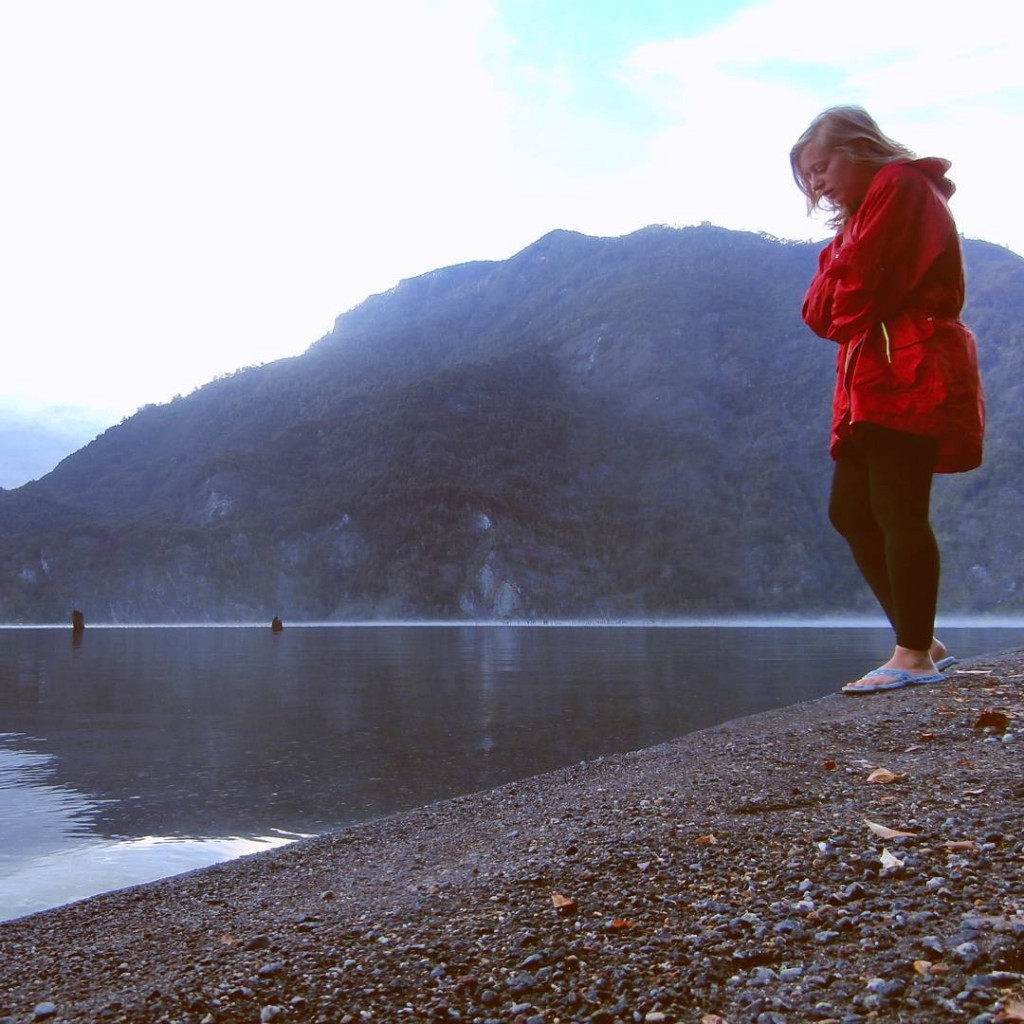 A cold morning at the lakeside in Chile’s south. It’s part of the awesome “circuit of the seven lakes” and the region is still quite hitchable one week after the Chilean school holidays have ended – something I’ve been looking forward to since arriving here. Some of the villages have been polluted with tourism over the holidays and the signs are still everywhere: trash and endless cigarette butts on the shores and the remnants of a billion “cabañas” (holiday cabins) advertisements on offer. In general, Chileans care about their environment, but when it comes to an opportunity to make money from tourism and holiday spending, the picture becomes less pretty.

Luckily I went to one of the smallest lakes still reachable by thumb. It’s called Pellaifa, located next to the bigger Lago Calafquen, and only has an (extortionately priced) camp ground which I obviously didn’t use. As sunny as it was upon arrival, it was tit-freezing cold and cloudy when I woke up here the next day. The lake captured some of the heat from the day before, but I didn’t go for a morning swim as I did the afternoon before because I declared myself “still clean enough” to hitchhike on.

Hitchhiking away in the back of someone’s pick-up truck I passed another lake with a billion cabins for rent. It took the entire day to hitch the 100 kilometers back to the highway “Ruta 5”. The entire detour you can catch glimpses of the smoking Villarrica volcano and see the volcano evacuation route warning signs in the villages – similar to the tsunami evacuation signs places all along Chile’s coast.

The long way south continues towards Puerto Montt, where Chile breaks up in a gazillion islands. It’s a psychological milestone of hitchhiking this huge ass country. The smell of Antarctica is in the air!