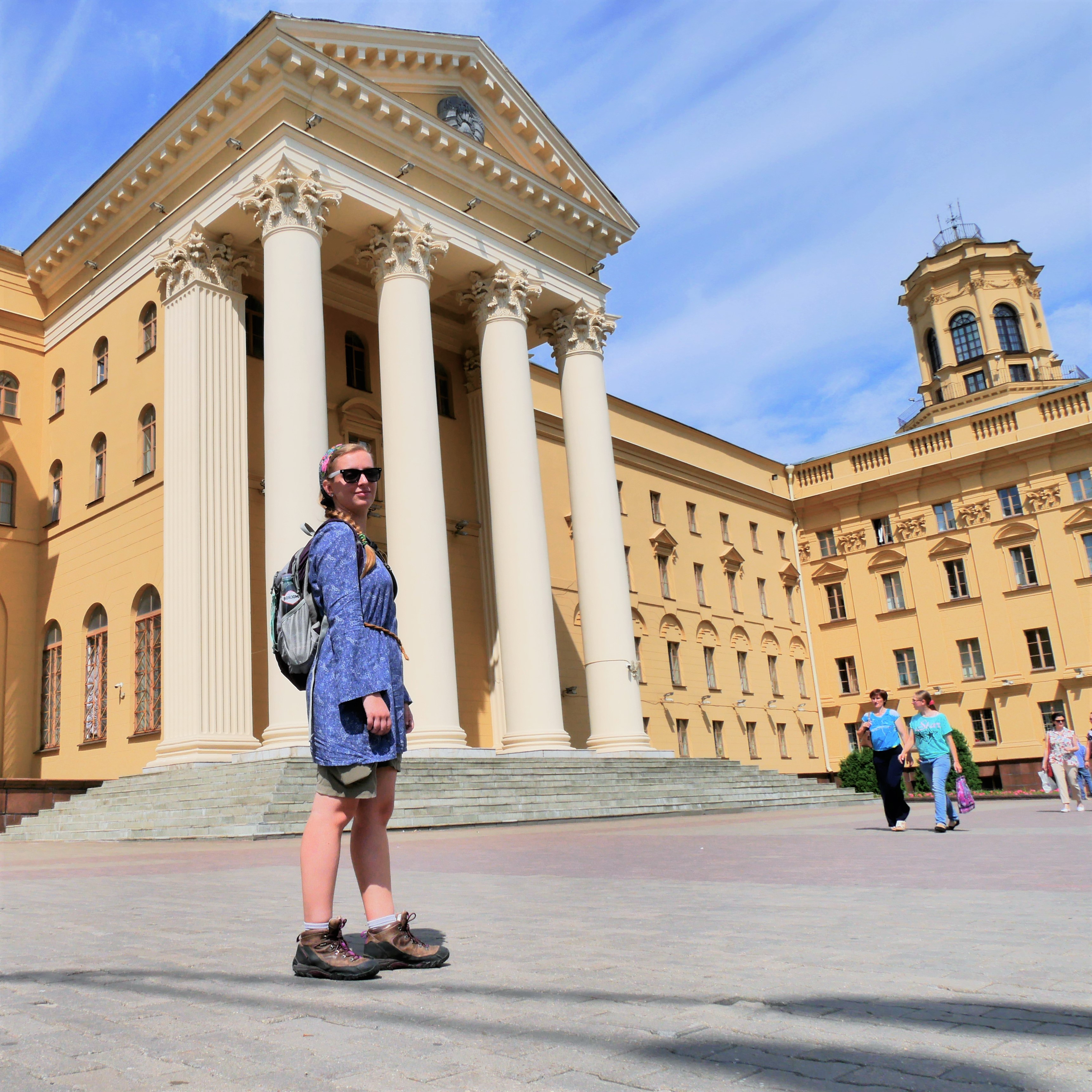 Why Would You Go to Such a Dangerous Country? (And By the Way, Where is Belarus?)

I feel like a broken record, but I’ll repeat it again: if I ever listened to people and their “Oh, but that country is dangerous!” nonsense I’d be missing out on so many amazing experiences.

This story is the experience of Belarus: a landlocked country in Eastern Europe bordering Poland, Lithuania, Latvia, Russia, and Ukraine. Most people know it only as ‘Europe’s last dictatorship’ and the last European country that executes the death penalty. Heavy stuff.

However, none of this will affect you as a visitor to Belarus. I’d like to share with you my experiences hitchhiking through a deeply misunderstood country. A country whose people also don’t worry about their political situation constantly, because the challenges of everyday life are more pressing. A country that I thought I’d only visit once, but left such a good impression on me I’d like to go back.

OK, so I have to admit that my levels of preparation to visit Belarus were probably a bit more elaborate than most people’s. I’ve always wanted to learn two languages that weren’t taught in high school: Spanish and Russian. Since then, I’ve added some new ‘languages of interest’ to that mental list, but the core has always been these two languages.

Having spent 2.5 years in Spanish-speaking countries in Latin America, I am comfortable in Spanish. Not fluent, but very comfortable. I’ve plateaued, for now, and that’s fine by me. A chapter closed. Moving on to Russian!

In Argentina or Uruguay in 2016, I found out that Duolingo had finally added Russian to their course list. I immediately started learning Russian in the app at the hardcore mode (50xp/day). That’s why I not only remember Uruguay to be full of pretty beaches but also a lot of green owl shouting at me from my tablet to study my Russian, dammit. I lost my 90-day streak somewhere near Calingasta in Argentina. Then I started an on-off relationship with the Russian course on Duolingo until my return to university.

During my first semester back in Maastricht in early 2018, I practiced my Russian in Duolingo every day. It’s nice to learn something useful voluntarily, as starkly contrasted with learning a lot of useless things involuntarily.

When a Plan Comes Together

I celebrated New Year’s Eve 2017-2018 with my partner in Liège, Belgium. I’d kind of name-dropped Belarus as an option to go to over my 8-week summer holiday before, and now I mentioned it again. When going through my old stuff at my grandma’s place, I found my old Lonely Planet chapters from their Eastern Europe edition. Back in the day of my first big hitchhiking trip over summer 2013, I’d ripped this book into their own respective chapters, and stapled them back together. This is how I had a neat heap of some Latvia, some Lithuania, and some Belarus.

Jonas was skeptical about going to Belarus. He’d taken the Trans Siberian train [link] from Moscow to Beijing and on to Qingdao back in 2009 and didn’t have a particularly good opinion on Russians. Belarusians ≠ Russians, I said, but it was tough to say anything about the country when also Duolingo only taught me “Belarus has lots of athletes” (В Белоруссии много спортсменов) for days in a row. (And it turns out Belarus does have a lot of athletes)

So I asked around at my faculty’s Facebook group if there was anyone from Belarus. I found two people, one of whom was actually in my Philosophy of Science class as well. I organized a meetup for coffee with Jonas, during which we asked them a bunch of (probably rather dumb) questions about Belarus, what to expect, which SIM card to get, etcetera. Jonas really enjoyed this, as it kind of painted that picture of normalcy that you want to hear if you’re going to a country that other people consider wildly dangerous.

A few days later, we moved into our apartment in Maastricht. I read some things from the Lonely Planet chapter to Jonas, even though it was sparse and not very useful. So I went on Wikipedia and read some more stuff to him, with great emphasis on the climate table for Belarus: there is no better time to travel there than in summer. Of course, the biggest objection wasn’t the country, it wasn’t the culture… it was the visa.

Getting a Visa to Belarus

I’ll probably write a how-to article on this later.

Belarus has a visa-free policy with Dutch and German nationals, but only if you arrive via the Minsk international airport, fly out of there, too, and don’t stay longer than 5 days. Five days! That’s not enough! For other areas, like Brest and Grodno, the government implemented a similar policy. It’s also just 5 days, and very hard to comprehend.

The longest visa I could find was the 30-day single entry visa. Two months before our trip, Jonas wanted to book it through a German agency called König Tours, which I was OK with as long as he did the translation and paperwork. Since going to Belarus was my dream, I paid for both our visas. A whopping €135 per person. But now we could at least travel over-land to Belarus and combine it with other countries, like Poland and Lithuania.

We sent the forms and the passports to Bonn in Germany by mail. That’s probably the most terrifying thing I’ve ever done. Two weeks later, we picked up our passports at Best Used Products in Maastricht, a fucking pawn shop. It doubles as a mail-delivery point, which didn’t make it any less sketchy. I’d still recommend König Tours if you understand German, because they were very timely and delivered on their promise.

There we are: two passports back in our hands, shiny-ass full-page Belarusian visas in the middle. I was so happy I cried. After years of dreaming to go there, I was finally going to Belarus!

On the 8th of July, we left Maastricht for Porto, Portugal. We first went to a Digital Nomad event there before flying from Porto to Warsaw in Poland on the 17th. On the 20th, we’d hitchhike from Warsaw to Brest in Belarus, crossing the border.

Hitchwiki’s tip to hitchhike from the bus stop was accurate. We arrived pretty soon with our Belarusian driver named Alexei, or just Alex. The border crossing went quite smooth, except for a guard shouting at me “поехали жопа!” (“move your ass!”), which I, unfortunately, understood – thanks, Duo!

Alex dropped us off at our apartment in Brest. Our first host invited us in, but not too far in, as we were still wearing our shoes. “Stop!” she shouted, a bit angrily at Jonas’ savagely uncultured idea to first tour the apartment and then take his shoes off. Yep, we’ve really arrived in Belarus. In some strange sense, I’ve missed people shouting at me for wearing shoes inside; I personally also find it a rather disgusting idea, even though I grew up with it. 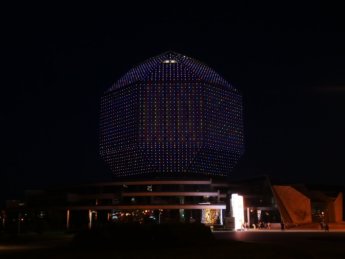 Nighttime vistas of the National Library of Belarus. It’s one of the most fascinating buildings I’ve ever laid eyes on

We spent the next 29 days getting SIM cards, trying to get our 5-day registration everywhere, analyzing exchange rates at ATMs and of course enjoying all that Belarus has to offer. We considered writing a Digital Nomads Guides book for it, but eventually decided not to.

We ate a lot of delicious Belarusian food. Besides hitchhiking, we hiked, biked, swam, and kayaked. I had a totally amazing birthday in Minsk, with Georgian food and brutalist architecture. We only had 3 days of rain this whole summer. I got to practice and improve my Russian a lot, epitomizing in a driver in Braslaw who thought that I was fluent in Russian, but spoke weirdly because of a Latvian or Lithuanian accent. The best compliment I’ve ever had.

What Makes Belarus So Great?

All in all, Belarus was like a dream come true to me. Even Jonas loved it enough to consider going back there one day. It’s hard exactly to pinpoint what’s so great about Belarus, but for us, it’s a combination of the following observations/generalizations:

In one word: Belarus is pleasant.

If I had to mention one negative thing about Belarus, it would be that it’s hard to get the registration done every 5 days – which the border guard checked on our way out. And 29 days is way too short for such a big country; I would have loved to stay there for 90 days, even if that was impossible with my university obligations. But none of this really compares to the great time I had in Belarus.

This was just an introductory post to my time in Belarus. I’m still planning on writing a lot more about my time there. In the meantime, if you have any questions about traveling to Belarus that you’d like me to address, please leave a comment below this post!

This post contains (an) affiliate link(s). This product is my genuine recommendation. If you buy something via my link, I might earn a small commission at no extra cost to you 🪙

Please don't buy anything you don't need in your life. Having too much stuff can hold you back from living your own adventures 🗺 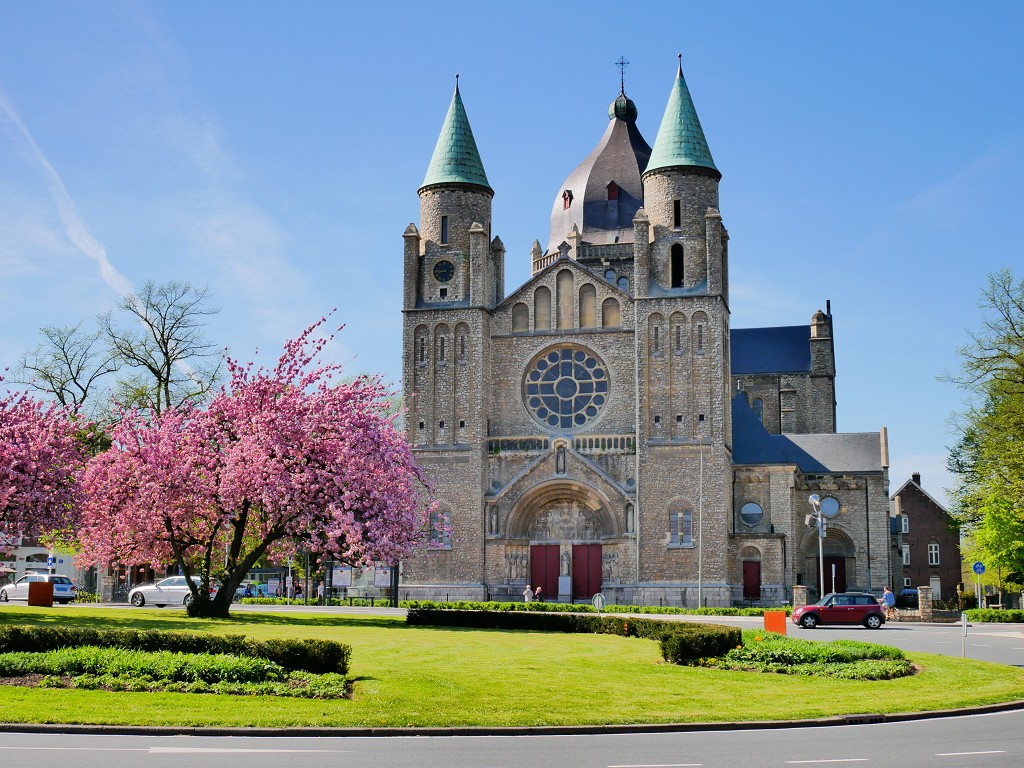 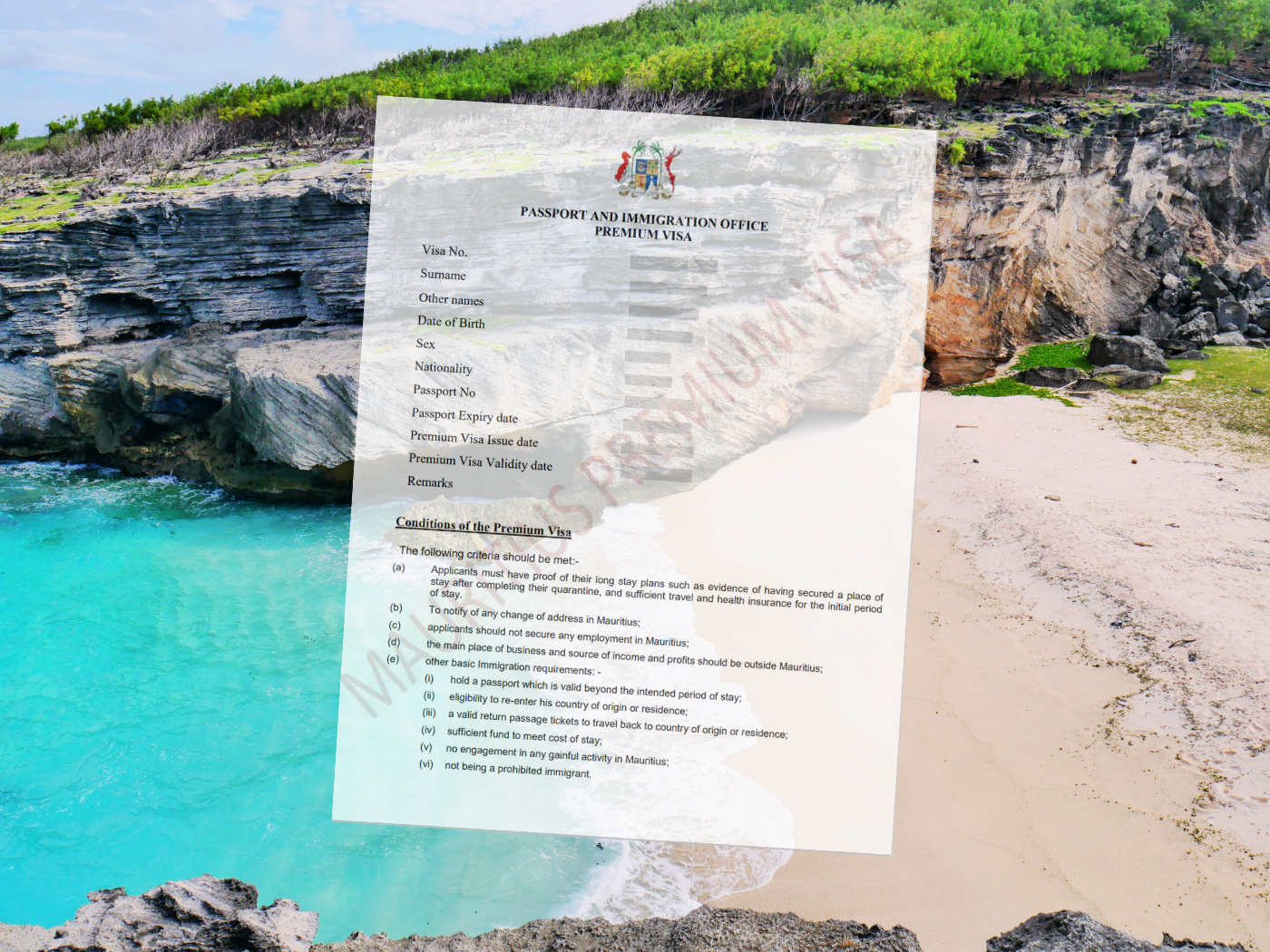 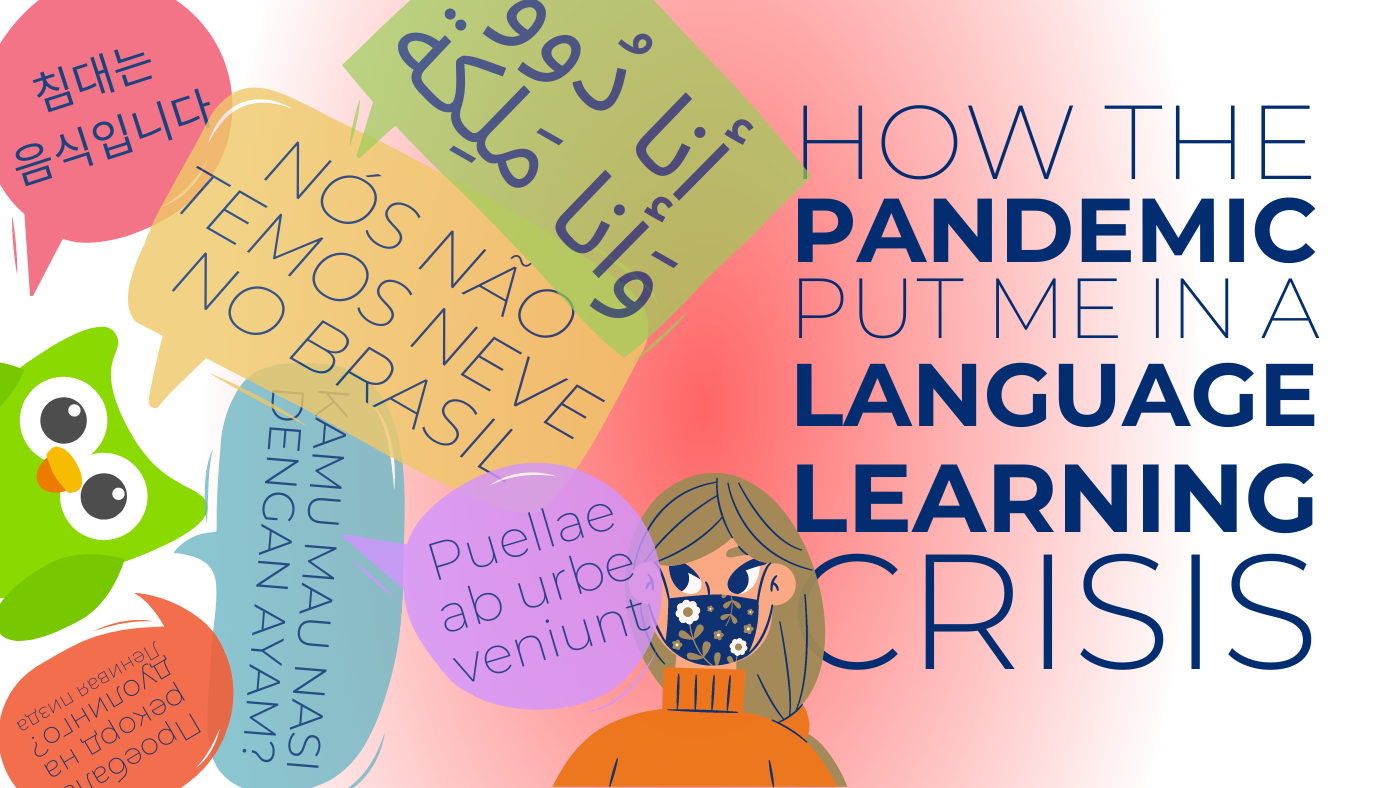 How the Pandemic Put Me in a Language Learning Crisis 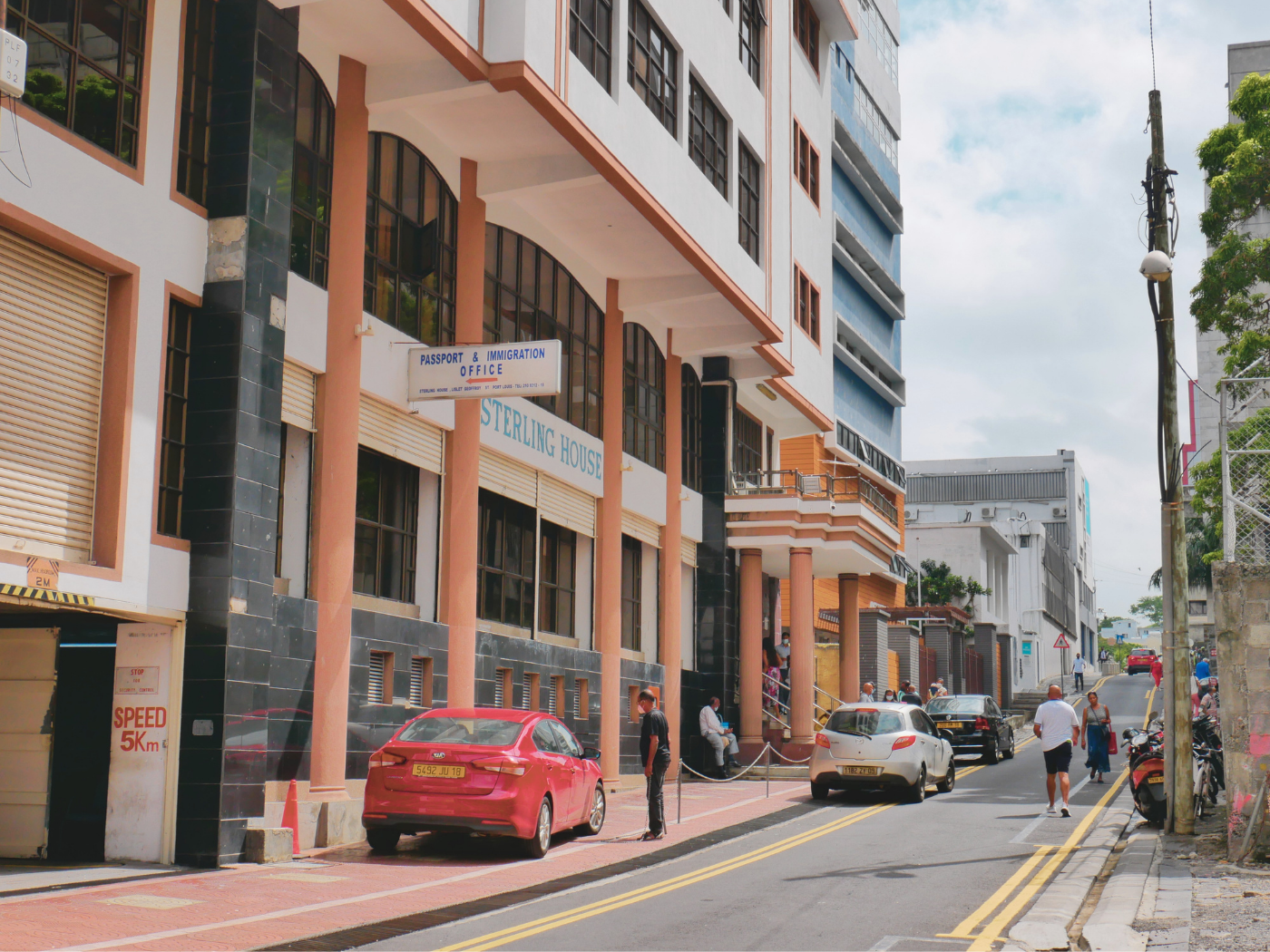 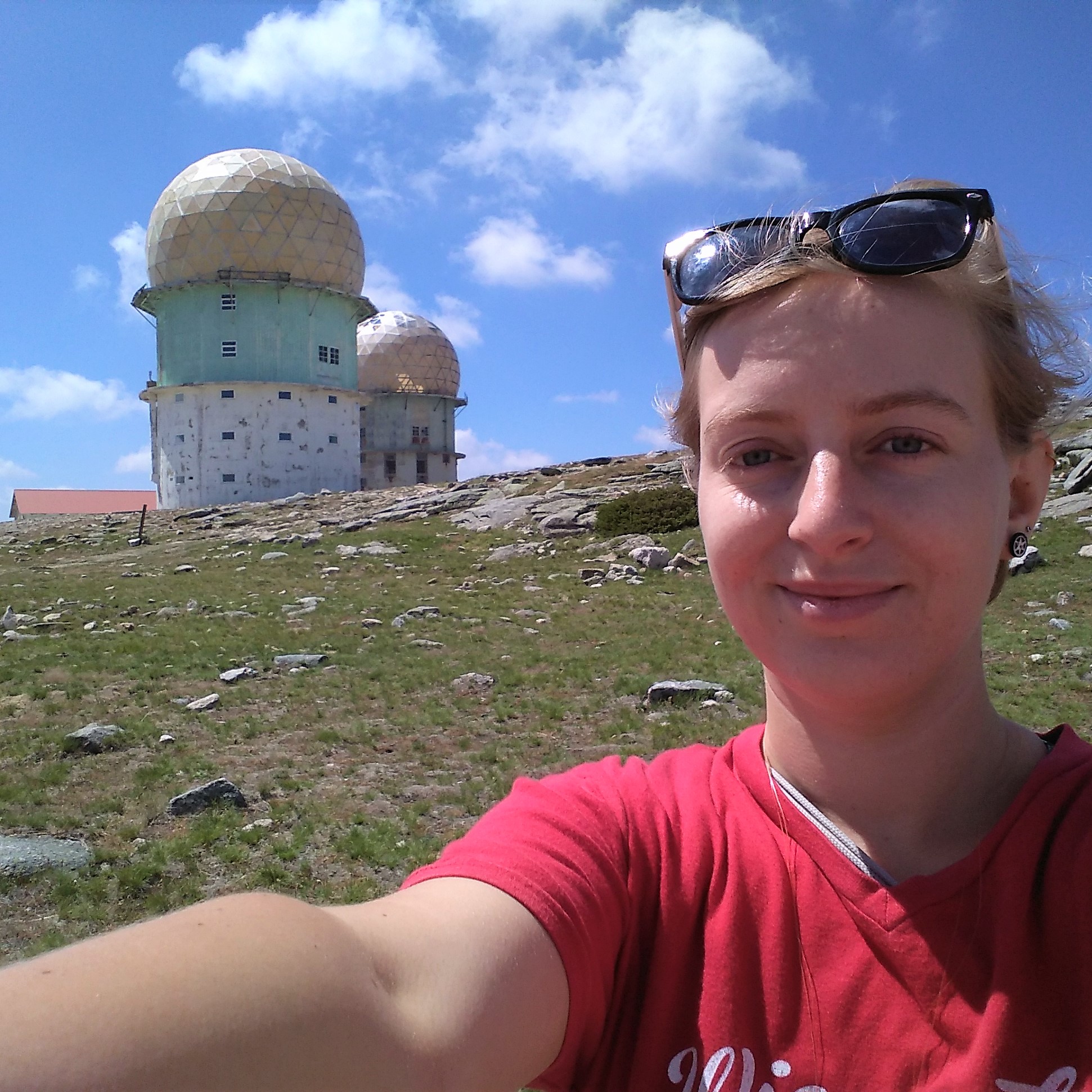